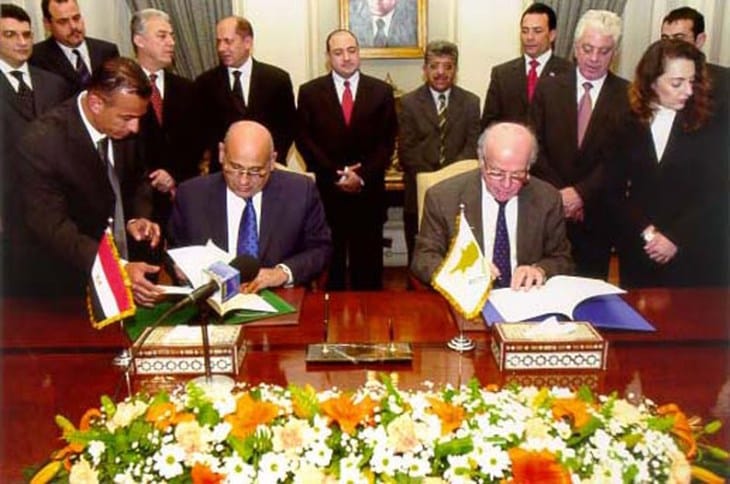 Nicos Anastasiades has been unlucky in two significant areas since he became president.

In 2013 he took over the helm whilst the economy was in the doldrums, though he has since managed to revive it. In 2018 he must handle the Cyprus problem and energy issues, which are in a state of collapse. The president was not responsible for the 2013 crisis, nor for the wrong decisions and disastrous failures of duty over the Cyprus talks and energy issues that preceded 2013. But in terms of the latter, Anastasiades could have been a little more cautious since he took office.

Over the decades there have been good opportunities to solve the Cyprus problem: the Anglo-American-Canadian Plan, 1978; Indicators, 1983 and Consolidated Documents, 1985. Some of us supported the plans very strongly. But the populists and cheap charmers prevailed.

There was also an opening for solving the hydrocarbons issue, for example, my proposal of 2006 which was viewed positively by former Turkish Cypriot leader Mehmet Ali Talat. But the populists and cheap charmers prevailed again.

It seems that the DNA of many Cypriots is in the same blood group as that of the charmers. The loss of one-third of Cyprus in 1974 was not fortuitous. And it is not fortuitous that we have been following the same course, the same line of thought and the same blunders ever since.

Dangers in the energy sector: The government persists with its hydrocarbon activities.

Turkey is threatening very aggressively that it will seek to implement what it perceives as its rights and those of the Turkish Cypriots to the bitter end. Nobody knows what sort of action the unpredictable and ruthless Recep Tayyip Erdogan may take. He has warplanes, navy, tanks and hundreds of thousands of soldiers at his disposal.

Turkey has announced that it will send its own drilling platform into the Cyprus exclusive economic zone (EEZ) and start pumping the natural gas of Cyprus, and who is going to stop it?

Elsewhere in the region, Afrin has fallen to the Turkish troops. Thousands have died and unbelievable plundering and brutality have taken place. In Syria approximately 500,000 people have perished thus far in the civil war. Eastern Ghouta is in ruins. Five million Syrian refugees are deprived of food, medication and the necessaries of life. A Turkish invasion of Iraq is in the wings. The problem of the Middle East may explode at any moment. Relations between Israel and Lebanon may deteriorate because of EEZ disputes. The Aegean may accidentally blow up.

The strong and the mighty of the world merely disseminate their wishes for an improvement in world order. Some of them are even prepared to tolerate the carnage, but first and foremost, they look after their own interests. In the case of Cyprus, they recognise our rights but at the same time, they also recognise the rights of the Turkish Cypriots. From time to time they verbally condemn Turkey and her offensive ways and may eventually render Turkey’s EU accession even more remote. However, unfortunately for us, the more Turkey is distanced from Europe, the more distant and doubtful a solution of the Cyprus problem becomes.

So, what should we do in this messy situation?

Unless there is a substantive (and not a simply verbal) international support, if we and Turkey continue our tug of war and pull the rope at opposite ends, the weak one will lose. And we are the weak ones.

I fear that it may be too late to solve the Cyprus problem because all the good opportunities have been lost, the gap has grown so big and the differences and problems have piled up.

We have also missed the opportunity to safeguard our own share in the natural gas, according to my proposal in 2006, before the claims of the Turkish Cypriots grew ever bigger.

Yet despite this, I believe that talks with the other community are the only remedy. Without a solution to the Cyprus problem, and if the controversy goes on, there will be no stability in Cyprus. We may not manage to even touch one cubic foot of gas. That was the position of Glafcos Clerides too. When I came back from Cairo, where I signed the Cyprus-Egypt EEZ Agreement on February 17, 2003, Clerides told me: “Nicos, you may now place this Agreement in the strongbox of your Ministry, until the Cyprus problem is resolved.”

Twenty years have gone by since I first started action over hydrocarbons in March 1998. Their exploitation will take another five to six years. I would suggest that subject to a reservation of all our rights we put on hold all our hydrocarbon activities for nine months, that is until December 31, 2018 – a nine-month moratorium. In parallel, all the unlawful Turkish actions – drilling platform, threats, etc – will have to cease as well. This should happen in a concerted action with the UN secretary-general, so that he may recommence the dialogue on Cyprus, which is at present fully deadlocked. If the problem of Cyprus is resolved the hydrocarbon issue will also be fully addressed because it will become part of the duties of the federal government, as already agreed.

A nine-month moratorium would not affect in real terms the hydrocarbons issue. After all, 20 years have already elapsed and there is another five to go before the gas can be exploited. These nine months would give another opportunity to Cyprus.

An arrangement of the above nature would not constitute a retreat on our part. It would be an effort to address, in an effective manner, the big problems of Cyprus. If we do not take the necessary action now, we may pay a very heavy price in the future, followed by national humiliation. This is what unfortunately happened when we lost 37 per cent of our territory in 1974, when we pursued the S300 missiles and threw into the dustbin $270 million in 1998, when we rendered the Cyprus problem almost intractable through the passage of time and nowadays with the possible loss of our natural gas.

Let us give Cyprus another chance.

Nicos Rolandis is a former foreign minister, commerce, industry and tourism minister, MP and president of the Liberal Party

Tales from the Coffeeshop: A new international niche for Kyproulla