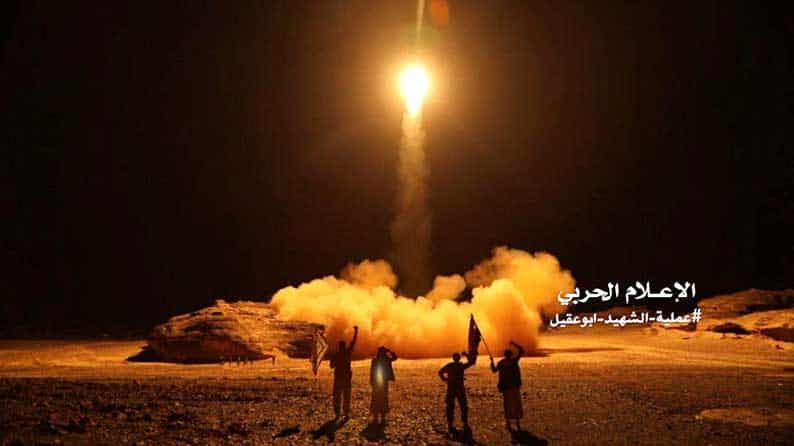 “We must speak with one voice in exposing the regime for what it is – a threat to the peace and security of the whole world,” said US ambassador to the United Nations Nikki Haley last December, trying to drum up support for stronger international sanctions against Iran, and maybe even an actual attack on the country. Here we go again.

Those old enough to remember the run-up to the US invasion of Iraq will recall the deluge of doctored American ‘intelligence’ reports about alleged Iraqi “weapons of mass destruction” that were used to justify the attack. ‘Everybody’ was in danger, presumably including Bolivia, Switzerland and Nepal, so everybody must support the invasion.

President George W Bush wanted to overthrow Saddam Hussein, the Iraqi dictator, and the American intelligence services worked overtime to come up with reasons for doing it. We were told that Saddam had been trying to buy ‘yellowcake’ uranium in Niger (false, based on forged documents). The US could not afford to wait for final proof of Saddam’s intentions “in the form of a mushroom cloud”, said President Bush.

And former general Colin Powell, Bush’s secretary of state, showed the United Nations General Assembly a vial containing a powder – harmless, one hopes – in order to emphasise that just a tiny amount of a lethal biological weapon Saddam was allegedly producing would kill gazillions of people. (Powell, basically an honest man, later called the speech a permanent “blot” on his record.)

In the end, the United States got its war – and found no evidence whatever of an active Iraqi programme to build weapons of mass destruction. But no lessons have been learned. Ms Haley at the UN was laying a foundation of lies for a comparable Trump adventure in the Middle East. Same Story Different Day.

The story-line goes as follows. Iran is an aggressive and expansionist power that threatens everybody everywhere. The proof is that it is helping the bad guys in Yemen, known as the Houthis, to launch missile attacks on innocent Saudi citizens. In fact, it is actually giving the evil Houthis the missiles.

The Houthis, a large Shia tribe in northern Yemen, are indeed rebels, and they now control most of the country, including the capital. This greatly angered the Saudi Arabians, who installed the previous government in 2012 as a way of shutting down the Arab Spring uprising in Yemen.

The Saudis didn’t like seeing their man overthrown, so they created a nine-country coalition of Sunni Arab states and started bombing Yemen in 2015. According to the UN, at least 8,670 people have been killed and 49,960 injured since the coalition intervened in Yemen’s war. But on March 25 one of the highly inaccurate Houthi missiles killed one person in a suburb of Riyadh, the Saudi capital.

The anti-Iran propaganda machine went into high gear. “This aggressive and hostile action by the Iran-backed Houthi group proves that the Iranian regime continues to support the (Houthi) armed group with military capabilities,” said coalition spokesman Turki al-Maliki. And the inimitable Nikki Haley said that the missile “might as well have had ‘Made in Iran’ stickers” on it.

This is the nub of the matter: is Iran actually supplying missiles to the Houthis that are being fired at Saudi Arabia? If so, then the United States, Saudi Arabia’s main ally, has an excuse to attack Iran.

The American accusation basically depends on the ignorant but widespread belief that Yemenis, and in particular Shia rebels from the north, are too ‘backward’ to be able to make or upgrade missiles themselves. But most of the Yemeni armed forces’ weapons, including a variety of short-range ballistic missiles based on the old Soviet ‘Scud’ series, fell into the Houthis’ hands in 2015-16.

None of those original missiles could have reached Riyadh, but extending the range of a simple rocket like the Scud is not rocket science. You just reduce the weight of the warhead and lengthen the body of the rocket to carry extra fuel.

The Houthis have lots of people with metal fabrication and basic engineering skills, and it appears that they did exactly that. The upgraded missile is inaccurate (only one Saudi casualty in at least 40 launches) because lengthening it and lightening the warhead changes the balance, but it cheers the Houthis up because it lets them retaliate for all the bombing.

Jane’s Information Group Ltd, established in 1898, is the world’s leading independent provider of intelligence and analysis on defence matters. Here is what Jeremy Binnie, Middle East/Africa Editor of Jane’s Defence Weekly, said about Yemen’s rockets in 2017 in Jane’s Intelligence Review.

“The Burkan-2 appears to use a new type of warhead section that is locally fabricated. Both Iran and North Korea have displayed Scud derivatives with shuttlecock-shaped warheads, but none of these match the Yemeni version. The range of the Burkan missiles also appears to have been extended by a reduction in the weight of their warheads.”

No nonsense about ‘made in Iran’ stickers. The Yemenis aren’t stupid, and they did it themselves. But the other story suits the Trump administration’s purposes better.

Tenant’s right for peaceful enjoyment of a property

With all due respect, Mr President