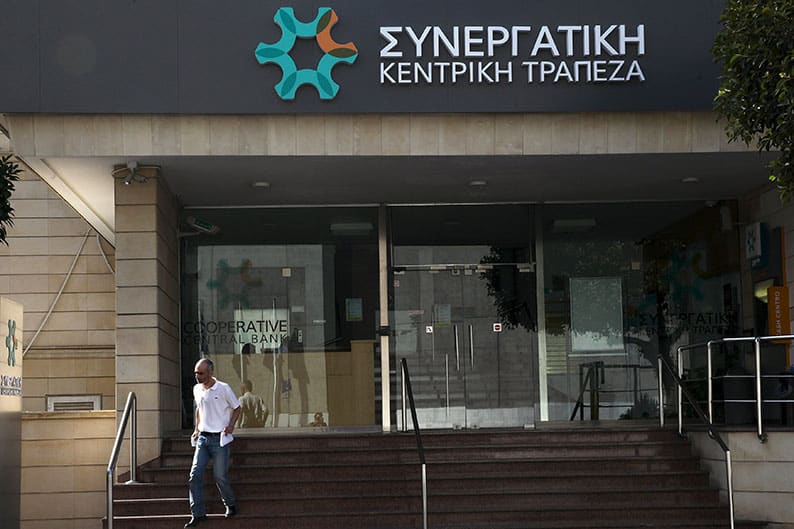 The government on Tuesday announced that it has deposited €2.5bn at the co-operative bank in a bid to boost the lender, as a procedure to dispose of its assets continued.

“In this way, the bank is bolstered and the stability of the banking system is fully secured,” government spokesman Prodromos Prodromou said.

Through its action, the government wants to dispel any doubts and end the uncertainty so that irresponsible rumours won’t find fertile ground, Prodromou said.

“It ensures the transition of the Cyprus Cooperative Bank to a new state of affairs while it secures the interests of depositors and all our fellow citizens.”

The spokesman said depending on the final form of the investment interest, new structures would be created to manage non-performing loans, which are the cause of all the problems.

As collateral, the finance ministry said later, the state has received all the co-op’s non-performing loans, a number of memberships in private and co-operative companies, and a number of properties in the government-controlled and the Turkish-occupied areas in the north, worth over €7.6bn.

The ministry said it had issued state bonds to the Cooperative Central Bank worth €2.35bn, maturing between 15 and 20 years.

The move fully secures all depositors from any theoretical danger, the ministry said.

On March 19 the CCB launched a tender for the expression of interest offering two options; acquiring a controlling stake in the bank’s share capital, currently owned by the state, or acquiring assets and liabilities.

Sources said, that the CCB received interest both from local financial entities and global financial and strategic investors. Under the process, the CCB is expecting to receive binding offers by end of May.

However, the process generated uncertainty concerning the future of the CCB triggering deposit outflows, prompting the state to step in.

The co-op bank was recapitalised with €1.67bn in taxpayer money in 2014 and 2015, but it is struggling with some €6.4bn in non-performing loans (NPLs), accounting for more than half of its loan portfolio.

The problem is that its portfolio is full of primary residences, which the current foreclosures and insolvency laws make it very difficult and time-consuming to move against.

The island’s lenders, the EU and the IMF, have called on the authorities to amend the foreclosure and insolvency laws.