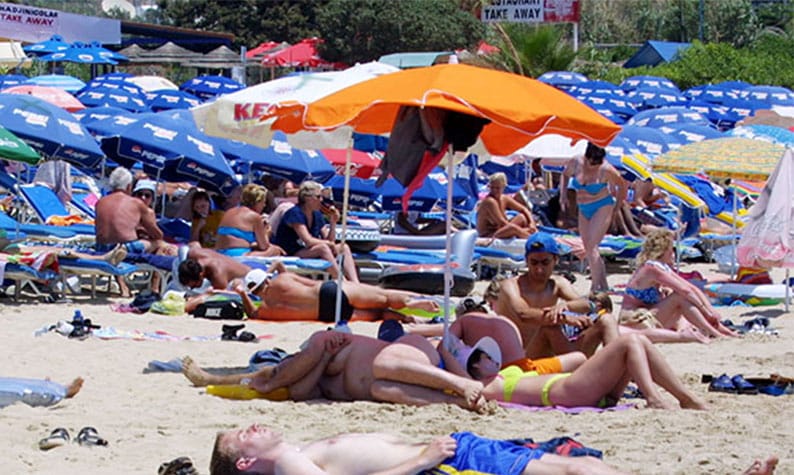 A spat has broken out between the interior ministry and the mayor of Paphos over licensing rights to a Paphos beach, with each accusing the other of a lack of consultation which has resulted in two separate licences being issued.

Mayor Phedonas Phedonos told the Cyprus Mail on Tuesday that the interior ministry had not followed the correct procedure as regards a piece of land which falls in the coastal protected zone.

“The correct procedure in any such case is to rent this land to the municipality who will follow the right process. It is one hundred per cent wrong of the government, as the ‘owner’ not to have any tender process and rent directly to any hotel. This is illegal and not possible by law,” he said.

The mayor said the only exception is when such a rental is in the public interest, ”which quite clearly is not the case in this instance”.

“Only the private interest of the hotel is here and so in this case, that condition is not valid,” he said.

The problem arose after the ministry granted the five-star hotel, Olympic Lagoon Resort Paphos, previously the Amathus hotel, a licence to operate beach facilities such as sunbeds. However, in 2015, the municipality also issued a permit to successful tender winner, Charoula Andreou, to provide services on the beach.

Andreou told the Cyprus Mail that after winning the five-year tender, she paid the municipality one hundred thousand euros up front.

“Every year it costs twenty thousand to have the beach and I have paid it all. Every year I have a problem with the hotel putting their own beds there,” she said.

Andreou said that each time representatives from Paphos municipality visit the site the hotel removes their sunbeds.

“I’m now OK today,” she said on Tuesday, “but who knows if it will be OK tomorrow.”

On Monday the ministry defended its action saying the licence dating back to 1994 allowed the hotel to install sunbeds and umbrellas for hotel guests.

The statement said that this was automatically renewed each year on the understanding that the public had free and unobstructed passage of the beach.

“On 20/1/2015, the municipality of Paphos proceeded, without any consultation with the ministry of the interior, to offer a tender for service provision, while the said licence agreement between the Republic of Cyprus and the aforementioned company was in force,” the ministry said, adding that its action was in accordance with the Protection of the Beach Law.

But the mayor said that although the 1994 agreement saw the state grant a licence to operate beach facilities for clients of the Paphos Amathus Beach hotel, this licence was cancelled in accordance with the law, which saw “existing leases of state coastal land abolished” and after the hotel was sold.

“The acquirer of the Paphos Amathus hotel did not derive any right from the date of the old 1994 license, because it was not a party to the agreement,” he said.

The ministry of the interior has countered that the municipality of Paphos should have applied to let the state coastal land in question, before making a tender competition, which it did not do.

“Therefore, we consider the mayor’s statements premature in view of the meeting he has convened to discuss the matter,” the ministry statement said.

Worrying use of heroin substitute