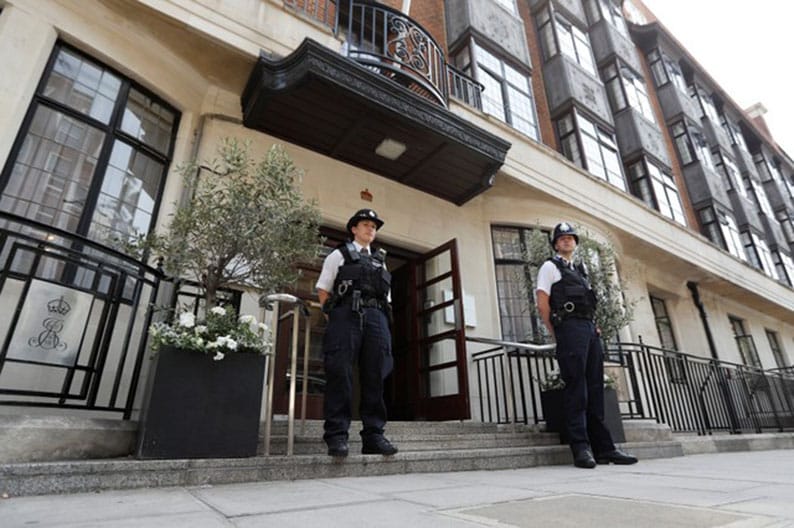 Britain’s Prince Philip, the 96-year-old husband of Queen Elizabeth, was admitted to hospital on Tuesday for surgery on his hip, Buckingham Palace said.

Greek-born Philip has remained at his wife’s side throughout her 66-year reign, the longest in British history, and has earned a reputation for brusque comments and occasional gaffes at some of the thousands of ceremonial events he has attended.

Philip, or the Duke of Edinburgh as he is known in Britain, retired from public life last August, quipping at the time that he was no longer able to “stand up much”.

He was admitted on Tuesday to a London private hospital regularly used by the royals in preparation for a hip operation on Wednesday, the Palace said.

“His Royal Highness The Duke of Edinburgh was admitted to King Edward VII Hospital in London this afternoon, for planned surgery on his hip which will take place tomorrow,” the Palace said in a statement.

“Further updates will be issued when appropriate.”

Outspoken, irascible and intensely private, the former naval officer has been one of the most influential figures in the British royal family for decades. At times blunt to the point of rudeness, Philip is Elizabeth’s most important support.

Both the queen, 91, and Philip have suffered some health issues in recent years.

The queen missed a traditional Christmas church service in late 2016 for the first time in decades due to a heavy cold and was hospitalized in March 2013 with symptoms of gastroenteritis.

Last June, Philip spent two days in hospital as a precautionary measure for the treatment of an infection and he pulled out of another event in March because of ill health, according to British newspaper reports.

He did not attend a church service last week attended by the monarch because of a hip problem, a royal source said last week.

Philip also missed the Easter Sunday service at St George’s Chapel, where his grandson Prince Harry is due to marry Meghan Markle next month.

His sometimes blunt comments and off-the-cuff remarks have caused both shock and amusement.

A stray remark about “slitty eyes” during a visit to China in the 1980s became symbolic of his gruff and often unguarded manner, which contrasted sharply with the warmer image of the queen and other British royals.

Even into his 90s, his remarks have gotten him into trouble, such as when he exasperatedly swore at a photographer at an event in 2015, ordering him to get a move on with an expletive.

He was born on a dining room table on the Greek island of Corfu on June 10, 1921, the fifth child and only son of Prince Andrew of Greece. Philip has British and German blood through his mother, a great grand-daughter of Queen Victoria.