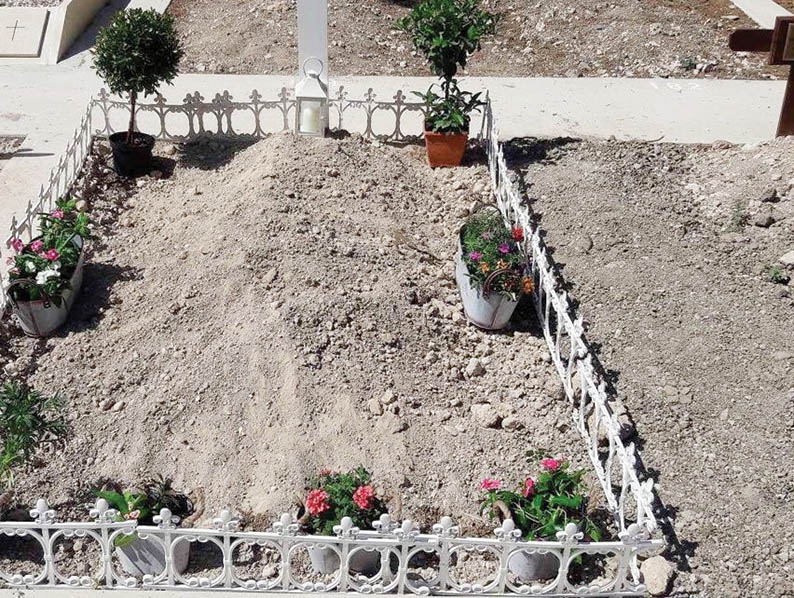 A DISTRAUGHT family living in Chlorakas are appealing to the local authorities to step in and stop a group of teenagers from running amok, riding mopeds through the village cemetery pathways and stealing flowers, shrubs and other ornaments from graves.

A British resident, who wished to remain unnamed due to fear of repercussions, contacted the Cyprus Mail in desperation, after a recent visit left her feeling shaken and intimidated.

She said that a group of around ten or so moped-riding teenagers, both boys and girls, aged around 14 to 16 regularly gather at the cemetery riding up and down the pathways, shouting and spitting, making it near impossible to visit loved ones and spend a moment in reflection.

“They zoom up and down the graveyard with no helmets on and hang about in groups screaming, shouting and staring. They also spit which is disgusting. They watch intently whilst you tend a grave and make you feel like you shouldn’t be there, it’s so noisy and intimidating,” she said

The group of youths are usually at the cemetery at weekends and often after school in the early afternoon, and the concerned resident said it will only get worse during the Easter and summer holidays.

“I imagine they will be there all the time,” she said.

The resident has lived in Chlorakas for the last 18 years, along with her parents, who lived close by, and her two daughters. Her father died tragically and unexpectedly last year, just a couple of weeks after being diagnosed with three brain tumours.

She said that the family long to spend time with their loved one in peace and quiet and in a respectful environment.

“My daughter is afraid that if I confront them they will only trash her grandfather’s grave. A few days ago, she couldn’t even get out of the car to visit his grave as the group were so noisy and hanging around by the entrance,” she said.

The family has also had two beautiful ornamental miniature trees stolen from the grave only a couple of weeks after they were put there and the family now has to tie items to his cross to make it harder for the thieves to steal.

She said that she is also aware that many other families are suffering the same problems. Ornaments, plants, lanterns and candles have also been taken from other graves at the cemetery.

“I have had plants and flowers taken from my husband’s grave too,” said another resident that wished to only be identified as ‘Mary’.

She said that recently she has been too scared to enter the cemetery alone and has to wait for a friend to accompany her.

Community leader Nikolas Liasides expressed shock when informed of the youngsters behaviour and said that he was unaware of any problems at the cemetery and assured that he would investigate the matter personally.

“This is understandably upsetting and I will look into it personally and also ask the police to make some rounds there to stop this from happening,” he said.

Our View: Neither side showing the kind of leadership needed to move forward