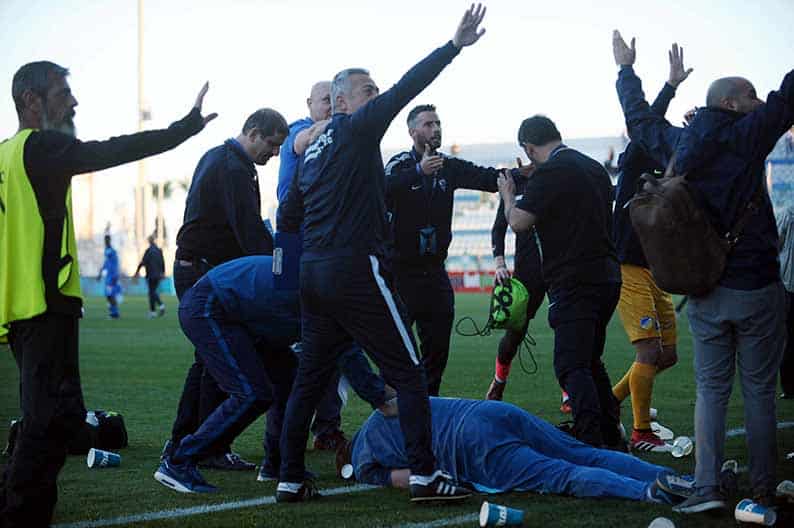 The doctor of Apoel football club was taken to hospital on Wednesday night after being injured by items thrown onto the pitch at the end of a Cyprus football championship playoff match with Anorthosis.

According to the police, Anorthosis fans started throwing items onto the pitch following the end of the game with Apoel at the Antonis Papadopoulos stadium in Larnaca, which ended in a goalless draw.

One of the items hit the Apoel doctor who was transferred to the Larnaca general hospital. The doctor was discharged later.

Police said they are going through the CCTV footage of the stadium to identify those who threw the objects onto the pitch.

MEPs call on access to military sites in search for missing