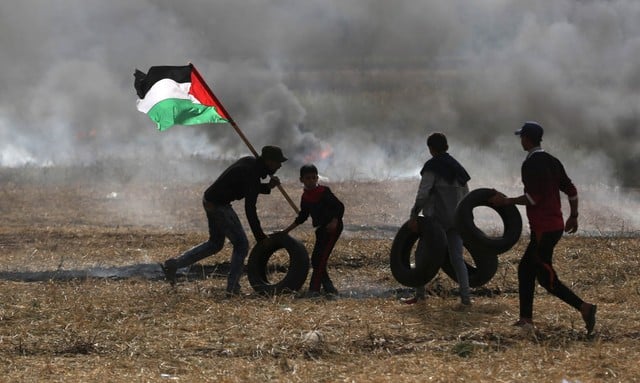 Palestinian protesters carry tires to burn them during clashes with Israeli troops at Israel-Gaza border, in the southern Gaza Strip

Israeli fire killed a Palestinian at the Gaza border on Thursday and another died of wounds suffered several days ago, health officials said, bringing the number of Palestinian dead in a week of frontier protests and violence to 19.

The Israeli military said one of its aircraft targeted an armed militant near the security fence along the Gaza Strip.

Tens of thousands of Palestinians began a six-week-long protest last Friday in tent encampments along the fenced border of the Israeli-blockaded Gaza Strip, an enclave of two million ruled by the militant Hamas Islamist group.

The demonstrators are pressing for a right of return for refugees and their descendants to what is now Israel.

British actor charged in death of Cypriot woman in London