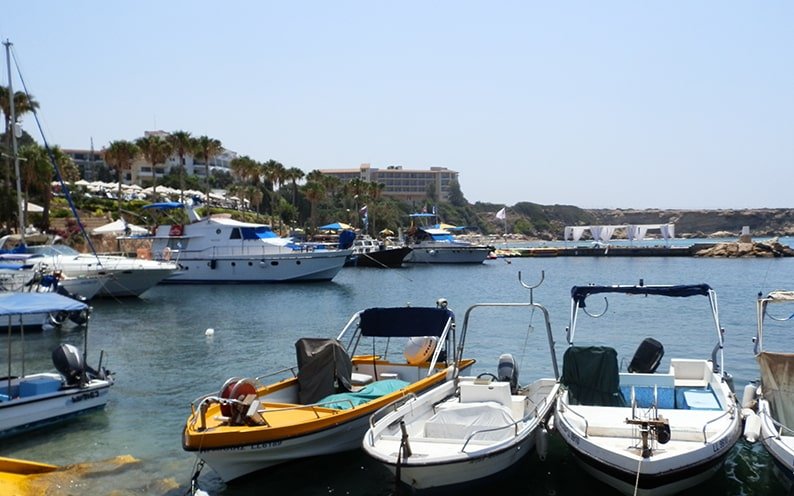 CONCERNS have been raised over coastline erosion which appears to be linked to an illegal ‘liminaki’ or small marina built in Peyia in the 1990s.

According to officials, developers of the popular Coral Beach hotel in Peyia maintained the marina without permission and both the coastline and other businesses are suffering the dire consequences.

Peyia mayor, Marinos Lambrou, told the Sunday Mail that a ‘small port’ was created at Laorou beach in front of the hotel a number of years ago and has since grown in size.

“The developer obtained permission from the Paphos district office in 1989 to create something which offered protection from the sea and a small anchorage for boats, but this was valid for only one year,” he said.

Over the years, the facility has grown and contributed to the erosion of the coastline he said. The beach often averages around 1000 beachgoers a day during the summer months.

The mayor added that an environmental study is urgently needed, adding that Peyia council has written a number of letters to various officials and ministries on the issue.

“We have also written to Auditor-General, Odysseas Michaelides, to ask who is responsible for the area and who would pay in case any works need to be undertaken. We have yet to receive a reply,” he said.

Coastal engineer Xenia Loizidou, whose Nicosia company consults in both Cyprus and abroad, said the construction of the ‘liminaki’ had caused erosion.

“I know that the business next door had to construct breakwaters to try to protect them from coastal erosion which occurred in the first years after the construction of the limanaki,” she said.

Constructions such as this ‘small port’ are known as ‘sand traps’, she said, trapping sediment in some areas and creating a negative balance.

“It will probably get worse every year,” she said.

Peyia councillor Linda Leblanc explained that the subject is complicated, as Peyia municipality has no responsibility for the ‘water’ area, just the beach and sand.

“The Paphos district office, the marine police and fisheries department are responsible, but until now, no-one has shown much interest,” she said.

Lambrou said that the change to the coastline and subsequent erosion have had a negative effect on another nearby hotel and restaurant on the bay, noting that they have lost all of the beach areas in front of their restaurant.

“There is no beach now in front of their restaurant; there used to be around 50 to 60 metres of beach before the limanaki was constructed,” he said.

Leblanc said that no studies were undertaken ahead of construction of the small port, as it was long before Cyprus was in Europe. Other businesses are continuing to lose a lot of land, water currents have changed and areas of the water are stagnating and silting up, she said.

Andreas Evlavis of the Paphos Green party said that in such cases, all illegalities should be removed and areas returned to their natural state.

“The Greens believe that this is the same as the sea caves area and this is the message that we want to send to the people,” he said.

Recently demonstrations took place in Peyia and Nicosia in protest against the construction and development at some of the island’s protected Natura 2000 sites, including six villas at the protected sea caves area.

Decades on, the situation at the illegal ‘marina’ has never been properly resolved, said Leblanc, adding that over time the facility has become larger.

To add to the problem, water sports are being offered at the marina to an unsuspecting public by an unlicensed provider, she said.

“Normally it would have to go to tender for a provider to have a licence and insurance, nothing like that has happened here and yet jet skis and other equipment are being rented out.”

Leblanc noted that the usual procedure, as is the case of the water sports provider at Coral Bay beach that won a 15-year contract, is to pay the municipality for the right to rent out jet skis and boats, once winning the tender bid.

“But this is not an authorised rental spot. It has been this way for years and they are renting to unsuspecting tourists and people staying at the hotel,” she said.

Leblanc said that the municipality is urgently trying to find a solution so as not to be liable or vulnerable to such lawlessness happening in Peyia.

“Aside from the personal harm, if there was an accident, can you imagine the publicity,” she said.

The councillor said that another cause for concern is a clause in the law passed in 2017 to privatise beaches in Cyprus, which could be used in this case, as it allows existing circumstances, such as the limanaki, to be legalised.

“We have been told by lawyers that the way to fight this law is to wait for the first application and then challenge it.”

Our View: Hysteria over the Turkish nuclear power plant is pointless