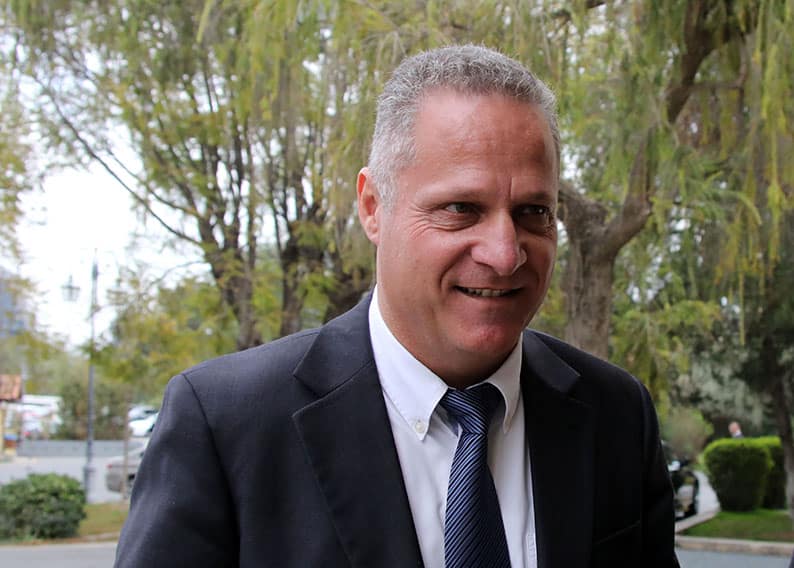 CYPRUS, like all democratic countries, can be described as a pluralist society in which citizens enjoy freedom of speech, expression, thought, conscience and religion. Political parties play a vital role, representing, conveying and promoting the countless views and interests that exist in a diverse society. It is often said that parties cause national division, but in reality, they reflect rather than create social and political confrontations.

Elam, Golden Dawn and other Nazi parties of the EU constitute a clear danger to democracy exactly because their worldview is opposed to individual, social, political and intellectual freedom. These parties envisage a state founded and built on national socialist/fascist principles.

The issue raises the measures that our government would need to take to protect democratic institutions from neo-Nazi or other extreme right-wing parties which, if they ever manage to climb to power through democratic means, would impose a brutal dictatorship. According to one school of thought, the paradox is that the democratic government would have to resort to undemocratic methods to protect democracy! This was the dilemma faced by the Weimar Republic when it failed to take the necessary measures against the Nazi Party, which had not violated the law, in the 1930s. The result of this inaction was World War II and the holocaust.

The other school of thought, the prevailing one, argues that for as long as a party acts lawfully, it cannot be outlawed no matter how extremist it is regarded. In addition, declaring a party illegal could push it underground and turn it into a terrorist organisation with all the negative consequences that would bring, not to mention the fact that in a democracy freedom of speech and expression usually exposes deceptive and pernicious doctrines.

It is well-known that Elam is a branch of Greece’s neo-Nazi Golden Dawn, which not only has Hitler as its idol and source of inspiration but at this moment is in the dock on charges of being a criminal organisation. Meanwhile, some of its deputies and members are suspects in four serious criminal cases that include the murder of Pavlos Fyssas.

All of this means that the visit by Education Minister Costas Hambiaouris to Elam’s offices a few weeks after his appointment, and his outrageous statement to party members – “You must, and I want you to, know that the values and principles you have mentioned are also my values and principles” – should have caused a political uproar that led to his sacking or resignation.

By behaving this way the minister has cut himself off from his official function. He has identified the ministry, the government and all of us with Nazism, crime and Golden Dawn. He has identified with the Greek Junta – Cyprus’ executioner – which are the idols of Elam and Golden Dawn. Instead of the education minister fighting against fascism, of which our country was a big victim, he declares, at least indirectly, his solidarity with totalitarian regimes, thus offering Elam legitimacy and acceptance.

Apart from this, his statement lauding the “national ideals and Christian values of Cypriot Hellenism”, violates the constitution of the Cyprus Republic which is based on the principles of equality, religious tolerance and secularism.

What conclusions can be made? First, senior clergy – and let us not forget that the minister is the archbishop’s warden at the ministry of education – have always aligned themselves with fascist dictatorships. In Greece, the church supported the Metaxas and Papadopoulos dictatorships, while the monks of Mount Athos in April 1941 sent a warm, congratulatory telegram to Hitler for his invasion of Greece! Our own archbishop on meeting Elam members described them as “good youngsters with crystal clear views”.

Second, the silence by the parties, with the exception of Akel, over the minister’s flirtation with Elam was extremely disheartening and raises many questions. How can the so-called centre parties, which so frequently warn about what lies in store, justify their stance? Why is it that when they are faced with the archbishop, they are seized by fear and servility? And what has happened to Edek, the only party that fought against the Greek Junta? I confess, as an old member of the party, I am left speechless by its silence and wonder what type of socialism this party represents.

Third, equally disappointing was the indifference exhibited by the government and the president. Perhaps the ministers, the majority of whom are technocrats, have not realised what “collective responsibility” exactly means. In other countries, if the minister of education was not sacked for identifying with a fascist party, other members of the cabinet would have resigned on a point of principle. Our ministers, at least those disagreeing with Chambiaouris’ actions, chose silence because that suited them.

Unfortunately, all those truths that were hushed up down the decades caused national disasters as the refugees and holders of bank bonds will confirm.

A simple, honest solution to the NPL predicament