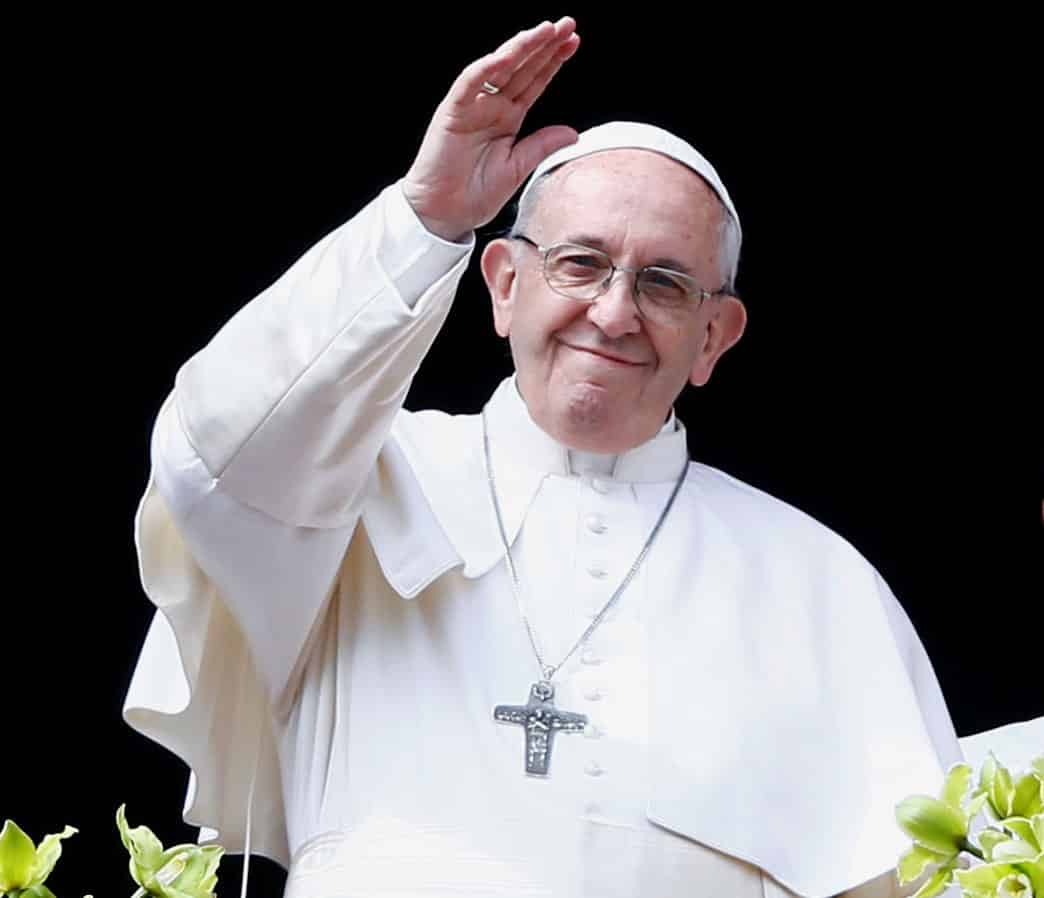 Pope Francis waves after delivering his Easter message in the Urbi et Orbi (to the city and the world) address from the balcony overlooking St. Peter's Square at the Vatican April 1, 2018. REUTERS/Stefano Rellandini

The Pope did not say there is no Heaven. There is nothing intellectually embarrassing about the notion that good people go to Heaven when they die. It sounds a bit like a wish-fulfillment fantasy to outsiders, but it’s the sort of thing a loving and all-powerful god might provide for his creatures. However, the Pope did say there is no Hell.

As soon as he said it, the Vatican’s communications department mobilised to deny that he had said it, as they have done on several previous occasions when the Pope went off the rails. But of course he said it, and the reason why is obvious.

It is very hard for a well-educated person of modern sensibilities to believe that a loving god would condemn any of the human beings he created to an eternity of physical torture and mental anguish. That is not what loving human fathers do, even to children who disobey them, so the traditional notion of Hell is a permanent problem for many Catholic theologians.

If you do not live inside the bubble of faith, it’s not a problem at all: no Heaven, no Hell, no God, just us under an empty sky. But people of faith like Pope Francis, who want to believe that ‘God is love’, struggle with the concept of Hell – and people like Eugenio Scalfari, who grew up in the faith but left it long ago, still sympathise with their struggle.

Scalfari, now 93 years old, was the founder of the highly respected Italian newspaper La Repubblica, and is still a practicing journalist. He is an avowed atheist but has been meeting Pope Francis in private for years for long conversations on religious matters. And Scalfari is an unusual journalist, in that he does not record his interviews or even take notes. Instead, he “reconstructs” the conversation from memory.

As somebody who has done thousands of interviews (and does record them or take notes), I envy Scalfari the freedom he enjoys to participate fully in the conversation. I doubt that he can always remember the interviewee’s words verbatim, but I am sure that he is rarely mistaken about the meaning of what was said. And I suspect that it is exactly the fact that Scalfari does not provide an undeniable verbatim text that draws Pope Francis to him.

The recent exchange between the two men, as recounted by Scalfari in Repubblica last Thursday, began with the journalist asking Francis where “bad souls” go and how they are punished. According to Scalfari’s account, Francis replied as follows:

“Souls are not punished. Those who repent obtain God’s forgiveness and go among the ranks of those who contemplate him, but those who do not repent and cannot be forgiven disappear. There is no hell – there is the disappearance of sinful souls.”

Not to put too fine a point on it, this is heresy. The Catechism of the Catholic Church (ccc 1035) states that “Immediately after death the souls of those who die in a state of mortal sin descend into hell, where they suffer the punishments of hell, ‘eternal fire’.” The Catechism does go on to say that “The chief punishment of hell is eternal separation from God,” but there’s no getting around the fact that official doctrine says they are lamenting this sad separation from God while also burning in eternal fire. Which probably hurts quite a lot.

Pope Francis is clearly uncomfortable with this idea of God as the Eternal Torturer, and much prefers the notion that the souls of those “who do not repent and cannot be forgiven” will simply be destroyed. “Annihilationism” is the formal name for this argument, and it crops up quite often in modern theological speculation – but until and unless the Catholic Church changes its formal doctrine, it is still heresy.

Pope Francis is a practical man, and he chooses his battles carefully. Changing Catholic doctrine on Hell would be a long battle that consumed most of the energy within the Church that he would like to devote to other, more urgent changes. Yet he still cannot resist making his true views known (in a deniable way) by having these occasional conversations with Eugenio Scalfari.

Other topics he has raised in the same way include the “solemn nonsense” of trying to convert non-Catholic Christians to Catholicism (2013) – “there is no Catholic God,” Francis on that occasion – and the injustice of excluding divorced and remarried Catholics from full participation in the Church (2015).

Scalfari doesn’t mind the fact that the Vatican subsequently denies what he reported the Pope said, and that Francis himself tacitly goes along with that denial. It’s a game that both men play, and the accuracy of Scalfari’s reports is amply demonstrated by the fact that Francis keeps giving him more interviews despite his alleged ‘mis-reporting’ of previous ones.

But it’s hard not to wonder what the two of them think this game is achieving.

Music brings poetry to the streets

Cyprus wins bronze medal in All Round Artistic Gymnastics