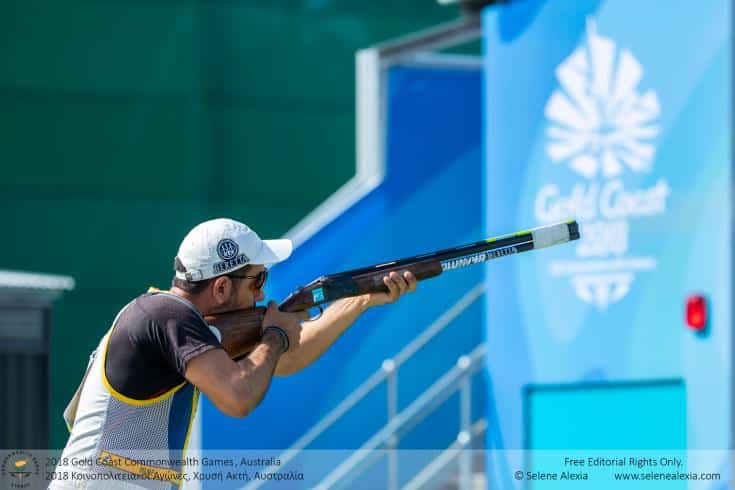 Cypriot skeet shooter George Achilleos won on Monday a gold medal, on day five of the Commonwealth Games in Gold Coast, Australia, scoring a three-peat after Melbourne and Glasgow. Also on Monday, gymnast Marios Georgiou came first in men’s parallel bars and secured his second gold medal in the Games.

According to Mikaelo Papadakis , of the Union of Cyprus Sports Writers, Achilleos won 3 gold medals, another 2 gold medals as part of a team and one silver, in the past 20 years, and is considered the greatest shooter among the 71 countries participating in the Commonwealth Games.

Having 6 medals in his possession, he is also considered the most successful Cypriot athlete in the Games, surpassing Chystalleni Trikomiti who won 5 medals.

Following his first gold medal, on Sunday, and a bronze one, Marios Georgiou added a second gold medal today after winning in men’s parallel bars. He scored 8.533 at his performance and secured a total of 14.533, leaving England`s Nile Wilson in the second place.