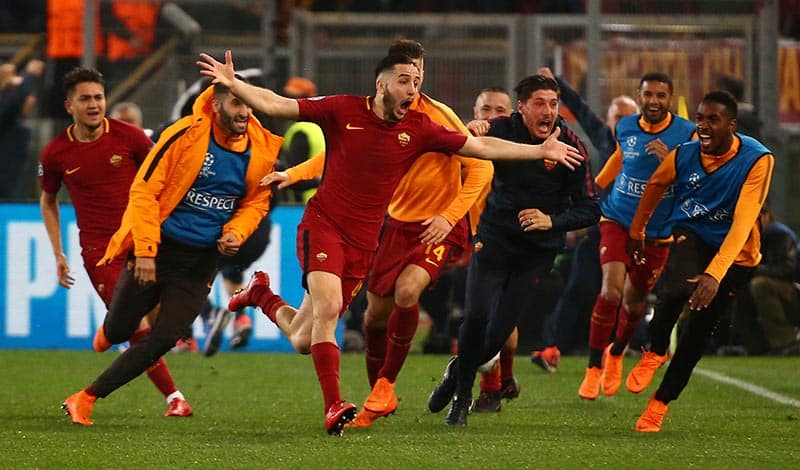 AS Roma pulled off one of the great Champions League comebacks by knocking Barcelona out with a remarkable 3-0 win in their quarter-final second leg on Tuesday, overcoming a 4-1 deficit from the first leg to reach the semi-finals on away goals.

Roma’s Kostas Manolas headed the decisive third goal in the 82nd minute, putting the Italians in the last four for the first time since they reached the European Cup final in 1984.

Roma forward Edin Dzeko had opened the scoring when he beat the offside trap and latched onto a perfectly weighted through ball from Daniele De Rossi to score in the sixth minute, lifting the hopes of the boisterous home fans in the Olympic Stadium.

Captain De Rossi converted a penalty in the 58th for the hosts after Dzeko was fouled by Gerard Pique, giving Roma a deserved second goal after Dzeko and his Czech strike partner Patrik Schick missed two clear chances each before the break.

US and Russia fight at UN over Syria chemical weapons attacks