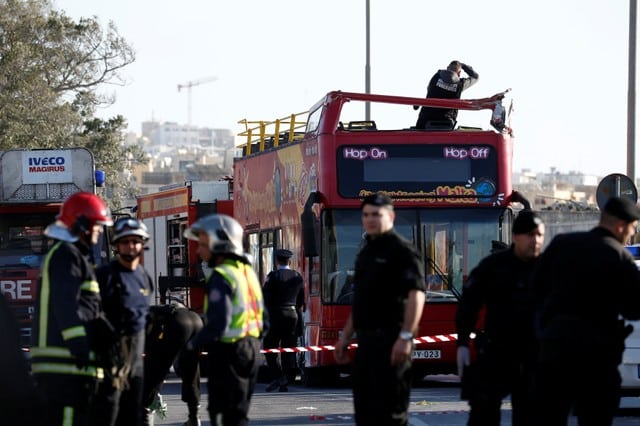 A 62-year-old Belgian man and a 37-year-old Spanish woman were killed and six other tourists critically injured in Malta on Monday when a double-decker tourist bus hit low-hanging tree branches, police said.

Health Minister Chris Fearne said three of the badly injured were Britons – two boys aged six and eight, and a man aged 44. The others were a German woman, 31, an Italian woman, 72, and a 35-year-old man whose nationality is not yet known.

The accident happened at Zurrieq, 16 km (10 miles) from Valletta, on a road frequently used by tourist buses. Local media reported the branches may have been lower than usual because of damage from gale-force winds on Sunday night.

The tourists were sitting on the open top deck of the bus.

Rescuers used cranes to lift the injured on stretchers from the top deck.

New Alzheimer’s definition based on biology

Seth Meyers has become a father for the second time