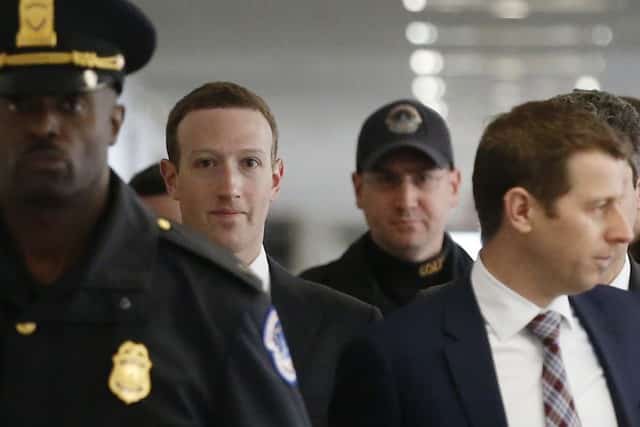 He did so again on Monday in written testimony to U.S. Congress, and will likely repeat that on Tuesday and Wednesday as he faces congressional committees looking into Facebook’s management and protection of user data.

Here is a collection of Zuckerberg’s apologies, from the earliest to the most recent, in which he acknowledges mistakes and promises to do better.

September 2006
Facebook started aggregating posts from each member’s friends into a new feature called News Feed, which was not a major privacy issue but agitated many users.

Zuckerberg said: “We really messed this one up. When we launched News Feed and Mini-Feed we were trying to provide you with a stream of information about your social world… We didn’t build in the proper privacy controls right away.”

November 2007
Facebook introduced a feature named Beacon that told a user’s friends what they just bought, unless they blocked the disclosure of each purchase. It took Facebook several days to recognize it had a problem and to quell the outcry.

Zuckerberg said: “We’ve made a lot of mistakes building this feature, but we’ve made even more with how we’ve handled them. We simply did a bad job with this release, and I apologize for it… Instead of acting quickly, we took too long to decide on the right solution. I’m not proud of the way we’ve handled this situation and I know we can do better.”

Zuckerberg said: “We’re at an interesting point in the development of the open online world where these issues are being worked out.”

For a look at Facebook’s numbers: http://tmsnrt.rs/1SKTFU3

April 2010
The Wall Street Journal reported its discovery that Facebook allowed advertisers to access unique user IDs, which can be used to track consumers. It took the company a month to respond as the outcry from users and privacy advocates grew.

Zuckerberg said: “Sometimes we move too fast — and after listening to recent concerns, we’re responding.”

He continued: “In the coming weeks, we will add privacy controls that are much simpler to use. We will also give you an easy way to turn off all third-party services. We are working hard to make these changes available as soon as possible.”

November 2011
Facebook signed a consent decree with the U.S. Federal Trade Commission after an investigation of its privacy violations.

Zuckerberg said: “I’m the first to admit that we’ve made a bunch of mistakes. Recently, the U.S. Federal Trade Commission established agreements with Google and Twitter that are helping to shape new privacy standards for our industry. Today, the FTC announced a similar agreement with Facebook.”

FM Nikos Christodoulides off to Cairo for working visit