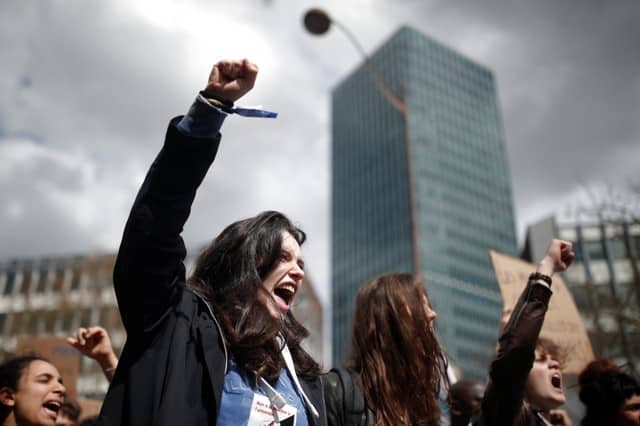 France’s seven main public sector trade unions have called for a one-day strike next month, broadening the scope of discontent and protest President Emmanuel Macron faces over his reforms to reshape the French economy.

It will be the third day-long walk out by teachers, creche workers, civil servants and among other public sector employees since October, in protest at Macron’s plans to cut more than 100,000 public sector jobs and tie pay awards to performance.

“Our organisations do not share the objectives pursued by the government, which involve reducing the scope of the public sector with a view to abandonning or even privatising departments,” the unions said in a statement late on Tuesday. unions met on Tuesday.

As he approaches the end of his first year in power, Macron is dealing with rolling strikes by rail workers over a shake-up of the state-run SNCF, student protests over higher education reform that have forced the closure of some faculties and anger among pensioners over higher social security levies.

The finance ministry announced France’s budget deficit would fall faster than expected over Macron’s five-year term as growth proves stronger than previously estimated, but the government said there would be no let up in cuts to public expenditure.

“We going to have to keep up our efforts, keep reducing public spending,” Budget Minister Gerard Darmanin told France 2.