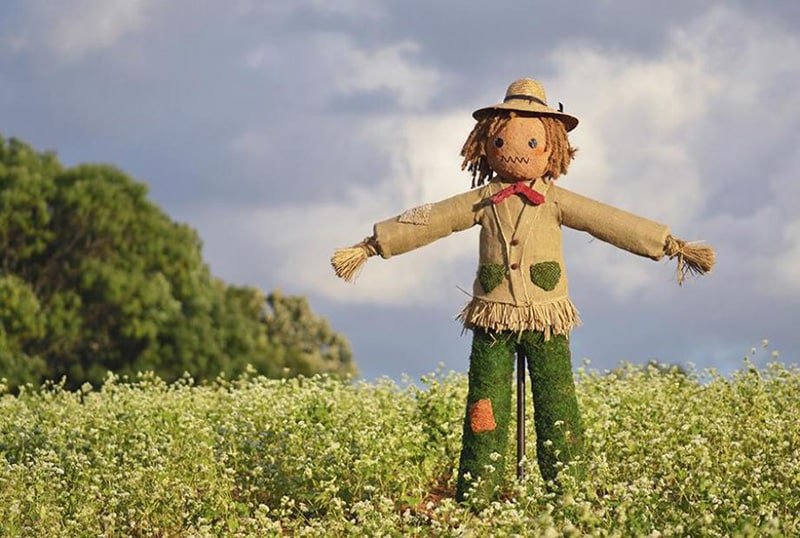 The Aigaia School of Art and Design is getting ready to dazzle children with two theatrical performances that will keep them entertained while teaching them a little something about life.

The first, which will be performed this weekend at 6pm, is The Scarecrow’s Dream. As you can imagine, it is about a scarecrow that is created by Mr Dikanos who, after being enraged by the birds that eat his crop on his farm, decides to make a very scary scarecrow. But the scarecrow he made is anything but scary, on the contrary, he is so sweet that he becomes friends with the birds. Mr Dikanos tries everything he can to make the scarecrow fierce, he even gives him lessons, but nothing changes.

Instead of being scared of him, the birds love him and try to teach him how to fly. Mr Dikanos learns of the birds’ plan to help the scarecrow escape, and together with his friends, he tries to keep the scarecrow exactly where he is. Will he learn to fly on time to escape his master’s anger? We’ll have to wait and see.

The second play for children will be performed on May 5-6 under the name Without Salt. This story focuses around a king who asks his daughters how much they love him. They all answer that they love him like gold and silver, all that is but one who has the courage to tell her father that she loves him like salt. At this the king was furious and banishes her to a distant land. Some time later everyone at the palace – the cooks, the guards, the other princesses and everyone else – find out that the exiled princess had returned to the castle and was sprinkling the king’s food with salt. What remains to be seen with this play is whether the king will forgive her this time or if he will punish her more severely.

The Scarecrow’s Dream
Performance of the play by children for children. April 14-15. Aigaia School of Art and Design, 81 Agion Omologition, Nicosia. 6pm. Free. In Greek. Tel: 22-445757

Without Salt
Performance of the play by children for children. May 5-6. Aigaia School of Art and Design, 81 Agion Omologition, Nicosia. 6pm. Free. In Greek. Tel: 22-445757