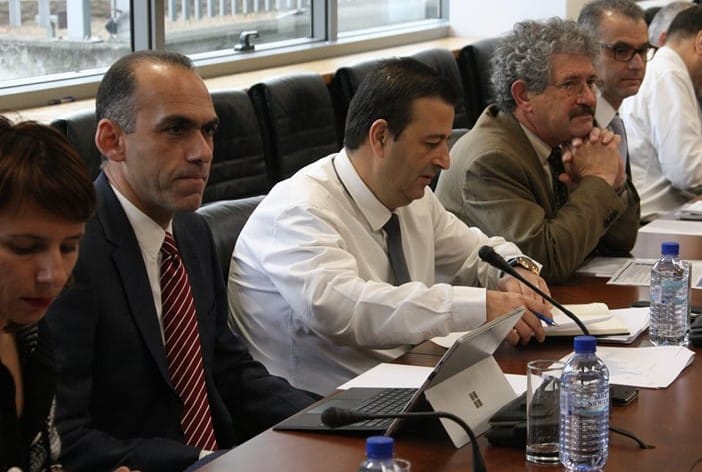 Finance Minister Harris Georgiades warned MPs on Thursday that fresh disruption of the Co-op bank’s operations would likely bring measures from European authorities, which are the lender’s supervisors.

The government was forced to intervene earlier this month to restore stability and confidence in the lender after months of rumours and fear-mongering led to a run on deposits.

In response, the government deposited €2.5bn raised from several bonds, worth €2.35, issued to the Cooperative Central Bank (CCB) and from its cash reserves. As collateral, the state got some €6.4bn in non-performing loans and other assets of minimal worth, priced at around €1bn.

Georgiades warned MPs that fresh disruption would bring measures from the EU. The co-op bank, along with Bank of Cyprus, Hellenic, and RCB, the island’s four so-called systemic banks, are under the supervision of the European Single Supervisory Mechanism.

The state, which nationalized the co-ops in 2013 through a €1.7bn injection, is looking to dispose of the bank, or part of its assets in a process that started last month.

According to the minister, the most likely scenario at the moment was an investment in the ‘good’ part of the co-op, since it would entail less capital.

Georgiades said there had been interest in investing in the bank’s share capital but such a venture should not be taken for granted.

“There is a second option, to invest fresh capital, not in the bank, but the good part, the serviced loans, the deposits, the network, and the staff,” he said. “This means the necessary capital would be less and consequently this choice is more feasible.”

Georgiades said considering the ever-rising standards of European supervision, the government was left with no other choice.

“It’s either doing one or the other or else we will hit a dead end.”

Pressure on banks increased during the last year as the European banking union was drawing closer, the minister said.

The SSM wants banks joining the union to clear their balance sheets, something that involves a rise in provisions for bad debts and capital.

The co-op bank has the biggest exposure to loans having primary residences as collateral and the current foreclosures and insolvency laws make it very difficult and time-consuming for it to collect the debts.

In the event of a separation, the state would have to set up an entity to manage the non-performing loans.

That would need the EU’s approval, the minister said, stressing that borrowers would not be able to call ministers or MPs to ask for their loan to be ‘sorted’ to avoid repayment.

The European Commission will set very strict conditions to preclude state intervention in the management of NPLs, he said.

Georgiades also defended the Co-op’s administration against suggestions they had done a shoddy job in running the place after it was nationalised.

“It wasn’t this board that handed out problematic loans or granted loans to itself, or sponsorships left and right, or built grandiose buildings in every village, or upped the number of staff continuously,” the minister pointed out.

West weighs Syria attack that could lead to confrontation with Russia