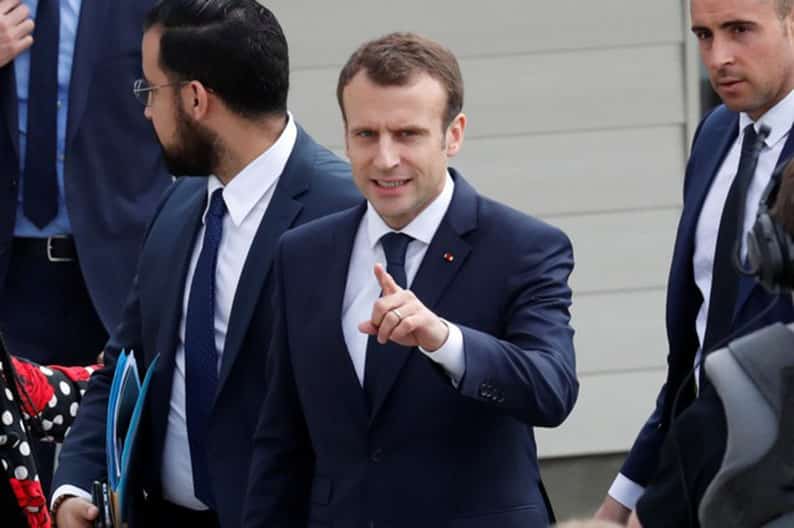 France has proof the Syrian government carried out a chemical weapons attack last week and will decide whether to strike back when all the necessary information has been gathered, President Emmanuel Macron said on Thursday.

France is expected to join the United States and Britain in carrying out air strikes or some other form of attack in response to the use of the weapons but it remains unclear when that might happen or even if it definitely will.

“We have proof that last week, now 10 days ago, that chemical weapons were used, at least with chlorine, and that they were used by the regime of (President) Bashar al-Assad,” Macron said, without giving details on the evidence or how it was acquired.

The attack on the town of Douma on April 7 killed dozens of people, including children.

“Our teams have been working on this all week and we will need to take decisions in due course, when we judge it most useful and effective,” Macron told broadcaster TF1 when asked whether a red line had been crossed.

U.S. President Donald Trump tweeted on Thursday morning: “Never said when an attack on Syria would take place. Could be very soon or not so soon at all!”

Macron said France wanted to remove the Syrian regime’s chemical weapons capabilities. When asked whether those would be the targets of strikes he said:

“When we decide it, and once we have verified all the information.”

The French army is preparing itself for a possible riposte as it waits for the political green light, military sources told Reuters, with several sources underscoring the difficulty of outlining the objectives of such an operation.

The sources said if France were to attack, the strikes would most likely come from warplanes rather than its naval frigate off the Lebanese coast, and that they would likely to take off from France rather than its Middle East bases.

However, after persistent reports of chlorine attacks over the last year, his foreign minister and aides have been more nuanced saying a response would hinge on French intelligence proving both the use of chemicals and fatalities, and a riposte would most likely be in coordination with the United States.

“France will not allow any escalation that could harm the stability of the region as a whole, but we can’t let regimes that think they can do everything they want, including the worst things that violate international law, to act,” Macron said.

Bolt happy to have traded perspiration for inspiration