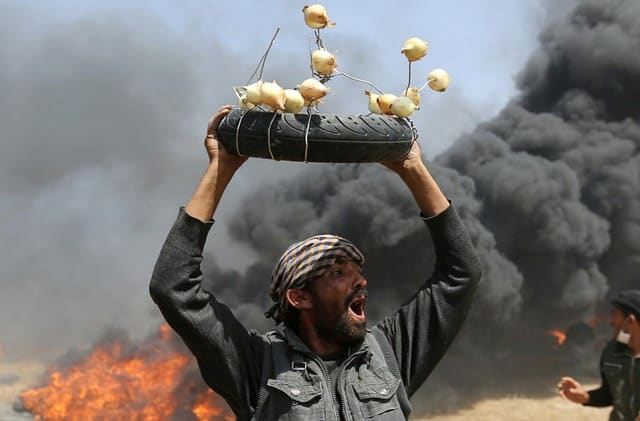 An Israeli air strike killed a Hamas gunman and wounded one on Thursday, Palestinian medical officials said, as tensions across the Gaza Strip border simmered.

Israel said the strike was launched in response to a bomb attack on a military vehicle on the Gaza frontier on Wednesday, in which there were no casualties. When gunmen shot at the aircraft, they were fired upon, the Israeli military said.

Both sides are bracing for Palestinian demonstrations at the Gaza border on Friday – the third round of weekly protests that are scheduled to peak in mid-May, the 70th anniversary of Israel’s founding, which Palestinians mourn.

The Israeli army has shot dead 30 of the Palestinian protesters, drawing international condemnation.

Israel deems the sometimes violent demonstrations an effort by Hamas, the Islamist group that exercises de facto control over Gaza, to stoke Palestinian hostility toward it and provide cover for potential attacks across the border fence.