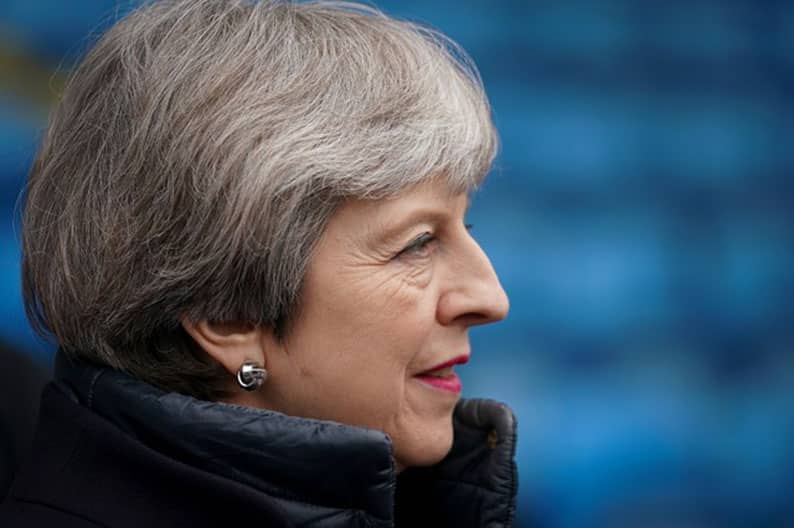 British Prime Minister Theresa May summoned her senior ministers to a special cabinet meeting on Thursday to discuss joining the United States and France in possible military action against Syria after a suspected poison gas attack on civilians.

After warning Russia on Wednesday of imminent military action in Syria, U.S. President Donald Trump said on Thursday that a possible military strike against Syria “could be very soon or not so soon at all”.

Russia has warned the West against attacking its Syrian ally President Bashar al-Assad, who is also supported by Iran, and says there is no evidence of a chemical attack in the Syrian town of Douma near Damascus.

May recalled the ministers from their Easter holiday for the meeting at 3.30 pm (1430 GMT) in Downing Street to discuss Britain’s response to what she has cast as a barbaric attack that cannot go unchallenged.

“No decision as yet, the cabinet is meeting in full at 1530 to discuss,” Brexit minister David Davis said.

“The situation in Syria is horrific, the use of chemical weapons is something the world has to prevent,” he said. “But also it’s a very, very delicate circumstance and we’ve got to make this judgement on a very careful, very deliberate, very well thought-through basis.”

The rising tension over the Douma attack demonstrates the volatile nature of the Syrian civil war, which started in March 2011 as an anti-Assad uprising but is now a proxy conflict involving a number of world and regional powers and a myriad of insurgent groups.

The attack was first reported by Syrian rebel group Jaish al-Islam on Saturday. Inspectors with the global chemical weapons watchdog, the Organisation for the Prohibition of Chemical Weapons, are due to investigate the incident.

The BBC said May was ready to give the go-ahead for Britain to take part in action led by the United States without seeking prior approval from parliament. Downing Street spokesmen repeatedly declined to comment on that report.

“The chemical weapons attack that took place on Saturday in Douma in Syria was a shocking and barbaric act,” May told reporters on Wednesday. “All the indications are that the Syrian regime was responsible.”

May is not obliged to win parliament’s approval, but a non-binding constitutional convention to do so has been established since a 2003 vote on joining the U.S.-led invasion of Iraq.

It has been observed in subsequent military deployments in Libya and Iraq and many British lawmakers and voters are deeply sceptical of deepening involvement in the Syrian civil war.

“Just imagine the scenario if an American missile shoots down a Russian plane, or vice-a-versa – where do we go from there?” Corbyn said.

A YouGov poll published on Thursday showed just one in five British voters supported a missile strike on Syria. The poll showed 43 percent of voters opposed such a strike and 34 percent did not know what should be done.

Britain has been launching air strikes in Syria from its military base in Cyprus, but only against targets linked to the Islamic State militant group.

Parliament voted down British military action against Assad’s government in 2013, in an embarrassment for May’s predecessor, David Cameron. That then deterred the U.S. administration of Barack Obama from similar action.

The war plans of British leaders have been complicated in recent years by the memory of Britain’s 2003 decision to invade Iraq after asserting – wrongly, as it later turned out – that President Saddam Hussein possessed weapons of mass destruction.

But with less than a year to go until Britain leaves the European Union, May wants to deepen its “special relationship” with the United States with a wide-ranging free trade deal that would help cushion the impact of Brexit.