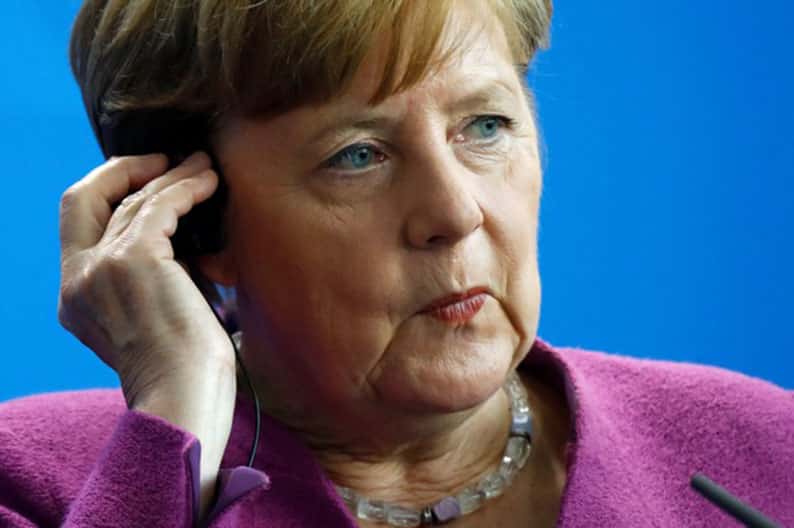 Germany will not join any military strikes against Syria in response to a suspected poison gas attack on an opposition enclave, but supports Western efforts to show the use of chemical weapons is unacceptable, Chancellor Angela Merkel said.

“Germany will not take part in possible – there have not been any decisions yet, I want to stress that – military action,” Merkel said after meeting Danish Prime Minister Lars Lokke Rasmussen in Berlin.

“But we support everything that is being done to show that the use of chemical weapons is not acceptable,” she added.

In Dublin, Foreign Minister Heiko Maas said Germany expects to be consulted before any Western allies conduct an attack on Syrian President Bashar al-Assad’s forces as the allies must be united on the matter.

Earlier, Merkel spoke with French President Emmanuel Macron about the suspected gas attack and expressed her concern that the international community’s ability to ban chemical weapons was eroding, her spokesman said.

U.S. President Donald Trump warned Russia on Wednesday that missiles “will be coming” in response to the April 7 gas attack, which aid groups said killed dozens of people, and lambasted Moscow for standing by Syrian President Bashar al-Assad.

Norbert Roettgen, chairman of the German parliamentary foreign affairs committee and an ally of Merkel’s, said: “Shamefully, there is still no policy from the EU – or even individual EU states – for the Middle (East) countries.

“If it came to military strikes with the participation of France and Britain, that is still not a policy.”

Roettgen urged the European Union to develop a policy for the Middle East as a whole, adding: “Germany should work together with others for a Middle East peace conference. We have various diplomatic options to not let the topic rest.”

He called for a “step-by-step approach”, which could start with humanitarian access in Syria. “The situation is so burdened with multiple conflicts that one can only proceed gradually.”

Asked about such a conference, Merkel told reporters: “We know a lot of things are linked in the Middle East, no question, but now we must urgently deal with a situation where there is a lot of evidence that the Syrian regime again used chemical weapons.”

Roettgen said another option would be to talk to Iran in connection with its 2015 nuclear deal with world powers, which Trump has criticised as “the worst deal ever negotiated”.

Iran needed to understand that its economic prospects would be constrained if it “pursues a permanent bellicose expansion of power,” he said, adding Turkey should be told “there cannot be a warrant for warfare in Syria.”

“But there is no country – neither the U.S. nor a European country – that is taking the initiative. That’s the shameful thing about Western politics,” Roettgen said.

Foreign minister calls for restraint ahead of leaders’ dinner