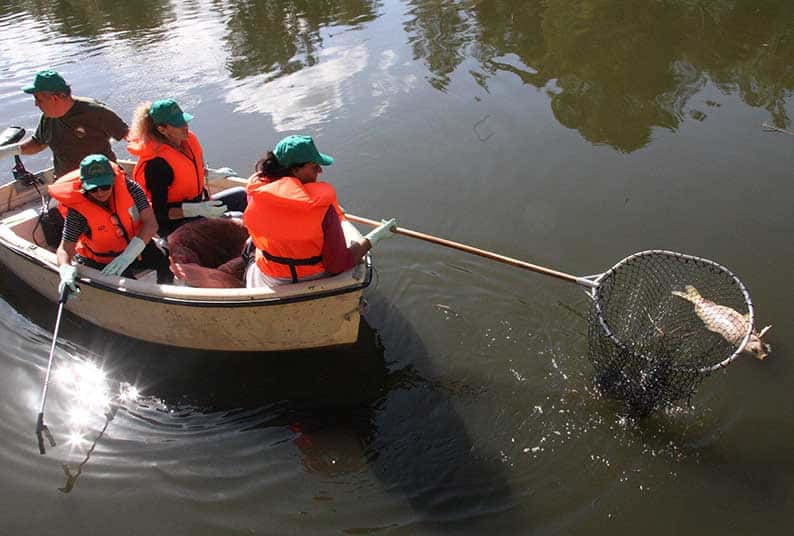 The forestry department on Thursday urged the public to avoid coming into contact with the water from the lake in the Athalassa national forest park until investigations were completed to find what exactly killed fish there last month.

In an announcement, the forestry department said they were continuing investigations to find the cause of death of a large number of mainly goldfish and young carp in the lake in March.

The department said that lab tests ruled out viral fish disease and any other pathogenic agent, but that the biological and biochemical analyses made by the Department of Water Development (WDD) and the state lab, found the existence of eutrophication in the lake.

Eutrophication occurs when too many nutrients are present in the water, usually as a result of runoff from the surrounding land. Microorganisms such as algae and plankton thrive in a eutrophic lake, resulting in their overpopulation, which could have serious negative effects on fish and birds.

The forestry department said that, in cooperation with the WDD, they will carry out further analyses to examine the effects of eutrophication on the quality of the lake water.

In order to definitively resolve the problem, the forestry department said, it will consider the possibility of a holistic management of the lake.

The forestry department urged the public to avoid coming in contact with the lake water until further notice.

It said that the numbers of dead fish located in the lake were significant, but not very large in relation to the populations living in the reservoir.

The same phenomenon was observed in February 2014 but at a much bigger scale. The problem at the time, the forestry department said, had been high levels of the phytoplankton Prymnesium parvum in the water. This plankton species, is capable of producing toxins that can cause extensive fish kills.