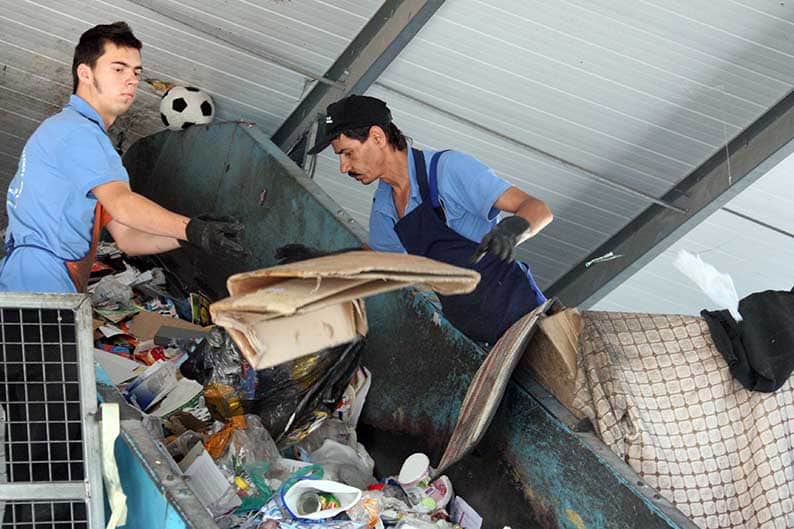 It strains credulity that Helector should continue operating the waste management plant at Koshi after the company has been implicated in a corruption and graft scandal, Paphos mayor Phedonas Phedonos charged on Thursday.

In a statement, the mayor said it has been two years since the scandal came to light, during which time 15 persons have been indicted and five persons found guilty in a court of law. The trial is ongoing at the Nicosia criminal court.

As operator of a landfill in Marathounda, Paphos, and a waste management facility in Koshi, Larnaca, Helector is alleged to have overcharged municipalities – and ultimately the taxpayer – by reporting higher waste volumes, while public officials looked the other way in return for skimming off the top.

A clause in the contract between the state and Helector stipulated that any criminal malfeasance would be cause for termination. Moreover, in March 2016 the attorney-general had issued a legal opinion stating that the contract could be broken based alone on the depositions then given to police.

Two years on, Phedonos said, no one can adequately explain why the contract with Helector is still in force.

The two options before authorities were: to initiate a new tender and award the contract to another company; or to have local authorities take over operation of the Koshi plant.

Neither has been done, and one has to wonder why, the mayor noted.

Officials claim the Koshi facility cannot be operated without the technical know-how of Helector’s parent company in Greece. But Phedonos says this is false: the employees are more than capable of running operations without guidance from the company.

Last September the Paphos waste management board (Xyta) decided to terminate its contract with Helector for the operation of the Marathounda landfill. A tender was issued, and a short-term contract was awarded to another Greek company.

Once that contract ran out, Xyta took over operation.

At the moment, Phedonos said, the Marathounda landfill costs €9.5 per tonne of waste – compared to €32 per tonne previously paid to Helector.  This is a far better deal for taxpayers.

By contrast, for Koshi at some point Helector – up until the 2013-2014 timeframe – was billing €89 per tonne for operating the facility, Phedonos told the Cyprus Mail.

Today, the company is in negotiations with the government for a rate of €37 per tonne. Helector have intimated they will agree to this rate, but on condition that the government moves to close the Kotsiatis landfill site and divert the waste from there to Koshi – thereby increasing the volumes of processed waste.

But €37 per tonne is still too high, according to Phedonos. From evidence heart in court, the real cost to the company of operating Koshi is no more than €24 per tonne. If one adds to that a reasonable profit of 10 to 15 per cent, the company should be charging no more than €28 per tonne.

“It appears that some are plotting to keep Helector on beyond April 2020. What is infuriating is the attempt being made to extend the contract beyond that date, with additional quantities of waste from Kotsiatis, and with the threat being dangled that the Republic of Cyprus risks paying a fine to the EU since the Kotsiatis site should have been shuttered years ago.”

The mayor’s outburst comes at a time when Helector is seeking from the state payment of some €20 in accrued fees, for a period of several months during which local communities refused to pay the company.

Recently the Central Committee on Changes and Claims (Keaa) rejected the €20m figure, after the auditor-general intervened and said the real number was closer to €13m. Negotiations with the company continue.

Meantime, the Commissioner for State Aid Control has initiated a process with the European Commission where the Cypriot state is seeking to recover €25m to €30m from Helector for prior illegal overcharging by the company.

“Just consider the ethical and legal ramifications of the state asking to recover this money while at the same time we continue to keep the contract alive, with a view to possibly extending it,” Phedonos said.

Our View: Auditor-general’s crusade against waste  contract is costing us instead

Bomb kills up to five during football match in Somalia