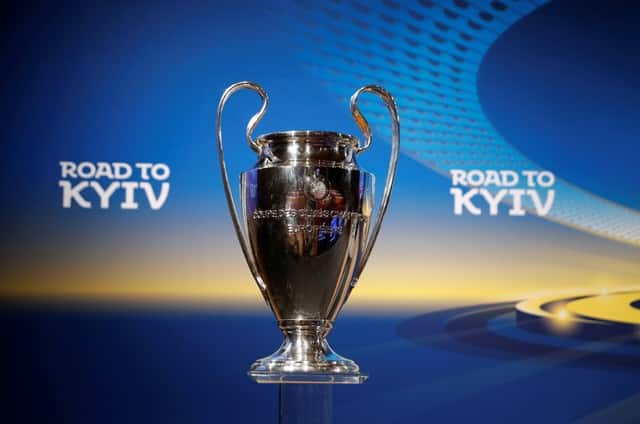 Atletico are bidding to reach their third European final in four years having been runners-up in the Champions League in 2013-14 and 2015-16.

Arsenal are not only hoping to win a first European trophy since 1994, but know their hopes of qualifying for next year’s Champions League depend on winning the Europa League in the French city of Lyon next month.

The Gunners are currently sixth in the Premier League with little prospect of finishing in the top four and taking one of the Champions League qualification spots.

Salzburg, who scored three times in five minutes on Thursday to beat Lazio 6-5 on aggregate and become the first Austrian side to reach a European semi-final since 1996, will fancy their chances of reaching the final.

The Austrian league leaders beat Marseille 1-0 at home in this season’s group phase and drew 0-0 away in France.

Marseille, for whom captain Dimitri Payet was inspirational in their comeback 5-3 aggregate win against RB Leipzig in the quarter-finals, are currently fourth in Ligue 1.

Arsenal and Marseille will both be at home in the first legs which take place on April 26 with the return games on May 3.

Diego Simeone’s Atletico side, second in La Liga, have already faced English opposition this season in Europe, losing 2-1 at home to Chelsea and drawing away as they bowed out of the Champions League at the group stage.

They have a strong recent record against English opposition in knockout ties, however, winning their last three and have a formidable attack featuring Diego Costa and Fernando Torres.

Atletico also beat Liverpool in the Europa League semi-finals in 2010 before going on to lift the trophy.

Salzburg, backed by energy drinks giant Red Bull, have an enviable record in Europe this season, losing only once in 21 matches, that defeat coming away to Lazio 4-2.

Marco Rose’s side produced a stunning fightback to win the second leg 4-1 on Thursday, having slipped 5-2 behind on aggregate in the 55th minute.

Marseille are unbeaten at home in this season’s Europa League and will have the backing a fanatical crowd when they host Salzburg in the first leg.

A European club record 58,897 turned out to roar them home in the second leg against Leipzig on Thursday.