Russia is convinced its foreign policy is no different from methods the US uses. But for observers to glibly sum up its tactics as ‘hybrid warfare’ undermines the West’s ability to accurately distinguish between rhetoric and threats.

Since Russia’s annexation of Crimea in 2014 and the deterioration of Russian relations with the West, governments, policy gurus and defence institutions have been seized by what many call the country’s new “hybrid warfare.”

By these accounts, Russia has challenged the current order by using a  “mixture of military and non-military means of aggression, a combination of covert and overt operations and measures,” according to NATO Secretary General Jens Stoltenberg, to achieve its political ends. But labeling every action by the Russian government as hybrid has its drawbacks. Hybrid warfare is not some new form of Russian strategy; there are new challenges emerging from the confrontation with Russia, but to label everything as “hybrid” is to lack the accuracy and precision needed to confront this challenge.

On the contrary, “hybrid” actions, such as election meddling, media manipulation and the intentional undermining of sovereignty, is something the Russian government is completely convinced are the hallmarks of US foreign and military policy and it is exceedingly difficult to deter someone from doing what they believe you are already doing to them.

In early March 2014, soldiers without any identification and carrying light arms appeared in Crimea, seizing key infrastructure, surrounding Ukrainian military installations and demanding the surrender of Ukrainian forces. These soldiers turned out to be Russian naval infantry, part of the country’s military contingent already stationed in Crimea as part of a longstanding agreement between Russia and Ukraine. This operation, without conflict, was both swift and shocking to the West.

Subsequent accounts often referred to these soldiers as “little green men.” Russian President Vladimir Putin first denied these troops were sent by the Kremlin, only to later claim they were there for security during Crimea’s status referendum.

At first glance, this operation seems more unusual — or hybrid as some would claim — than it actually was. First, Russia already had troops in Crimea, eliminating the need to bring them from elsewhere. Second, the vast majority of the people in Crimea welcomed this intervention given their cultural ties to Russia and the fact that the peninsula had been part of Russia as recently as 1957.

At about the same time as the annexation of Crimea, the Russian government, along with a number of Ukrainian oligarchs, began organizing protests in eastern Ukraine.  These protests would eventually lead to Russian supported irregular warfare in April of 2014. By August, however, separatist forces were losing ground to the Ukrainian army, forcing Russia to introduce regular army units and heavy artillery into the conflict and force Ukraine’s leadership to the negotiating table.

What this clearly demonstrated was that the operation in Crimea, hybrid or not, was not exportable even among the pro-Russian population in eastern Ukraine. How much more effective do we believe it would be in other smaller, Russian-speaking populations, such as those in the Baltics — a concern that has been voiced by many in NATO.

To understand the events in Crimea and eastern Ukraine, many turned to an article by the Chief of the Russian General Staff, Valery Gerasimov, titled “The Value of Science in Prediction.” Many analysts, policy makers and pundits took the article to signify some new manifesto about how Russia plans to conduct modern warfare even calling  it the “Gerasimov Doctrine” – a label the originator now regrets. The problem with the common interpretation of the article is that Gerasimov was not unveiling some new Russian way of warfare; he was describing how the Russian establishment assesses modern warfare as it is conducted by the United States and NATO.

So how do you tie together all of Russia’s convoluted policies that are directed toward the West?

The conclusion is actually quite straightforward. Russia engages in what it believes is a form of modern conflict that has been the staple of the United States for decades. It is a strategy  where the boundary between peace and wartime is constantly blurred and where one of the primary instruments for achieving its goals is disinformation, which is used to weaken and isolate an adversary. In order to counter the perceived policies of the West, Russia has aggressively pursued military and non-military capabilities across domains that it believes target Western vulnerabilities and protect Russian weaknesses.

Of course, the level of sophistication the Russian government ascribes to U.S. foreign policy is grossly over exaggerated, as anyone who has worked in U.S. policy will tell you. But that is what makes this such a difficult problem.

Rather than labeling every Russian action targeting the West as “hybrid warfare,” policymakers, analysts and defence institutions need to do the hard work of understanding the military and non-military means the Russian government is pursuing. A diluted and vacuous concept such as  “hybrid warfare” undermines the ability to discriminate between threats and allocate the necessary, and limited, resources at our disposal. 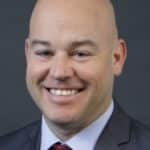 Jeffrey Edmonds is an expert on Russia and Eurasia. Most recently, Edmonds served as the Director for Russia on the National Security Council and acting Senior Director for Russia during the 2017 presidential transition. Edmonds was also the lead director during a review of the United States policy towards Russia, culminating in a presidentially approved strategy that had global impact. Prior to the NSC, Edmonds served as a military analyst with the Central Intelligence Agency, covering Eurasian militaries. He has served in the U.S. Army on both active duty and the reserves for 22 years, with tours in Iraq and Afghanistan.

Why isolationist Trump changed his tune after chemical attack