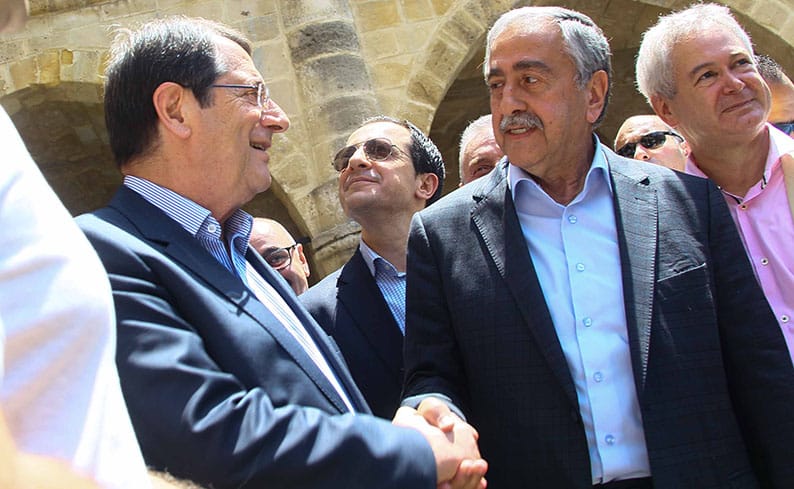 The impressive turnaround in the relations between Turkey and Russia between November 2015, when Turkey brought down a Russian warplane on the basis that it violated Turkish airspace for a period of 17 seconds, and their present almost fraternal relationship clearly reaffirms the rule that nations shape their foreign policies based exclusively on self-interest.

That relationship extends well beyond the political sphere and includes long-term economic and military links, such as the construction and maintenance of the nuclear power plant, which the Russians are building near the southern town of Mersin, and the supply of the Russian S-400 surface-to-air missile systems, scheduled for delivery in July 2019.

It is already readily apparent that Russia is seeking to redefine the political equilibrium prevailing in the “Near East”, compared to what was so far accepted as representing the agreement reached amongst the great powers many years ago. To a certain degree, this objective has already been attained with the dominant presence of Russia and Turkey in Syria, despite their initially conflicting positions concerning the Assad regime.

These developments underline the volatility of the political conditions prevailing in the wider area surrounding Cyprus. For a small country such as Cyprus, this volatility gives rise to difficult dilemmas for its leadership.

Under these circumstances, the doctrine founded on the belief that retaining Cyprus’ neutrality and detachment would help attain “the best of all worlds” is a fallacy, likely to result in a lose-lose situation. The nightmarish scenario of Cyprus becoming an extension of Syria (with an equivalent carnage of victims, refugees and levelled towns and villages) is looming in the air.

The available space for manoeuvring is limited and tight. To cope with the difficulties that will be encountered, it may prove necessary to treat the issue of hydrocarbon explorations as a matter of secondary importance. Giving top priority to the urgent need to resolve the Cyprus problem is the obvious thing to do. The emphasis should be placed on cutting the umbilical cord linking Cyprus to Turkey and Greece, the withdrawal of the bulk of the Turkish troops currently stationed on the island and the attainment of a climate of cooperation and mutual trust between Greek Cypriots and Turkish Cypriots.

To achieve this goal without further ado, the two Cypriot leaders need to restore the climate of understanding and cooperation between them, while isolating the incoherent, extremist elements, which unquestionably exist within the two communities.

At their forthcoming meeting on Monday, the two leaders will have to demonstrate that they do in fact posses leadership skills and have the vision and generosity that make real leaders stand out from the crowd. In this process, they may find it helpful to remind themselves that reaching a “just” solution on paper is of lesser practical importance than implementing the solution agreed upon in a fair and equitable manner. This is, indeed, what went seriously wrong in 1962 when it was felt appropriate to attempt to change the agreement reached in 1959 and implemented in 1960, while the ink used to reduce the agreement of establishing the Republic of Cyprus in writing had hardly dried.

I do not wish to be a prophet of doom. But, if the Greek and Turkish Cypriots fail to reach a mutually acceptable understanding on the way forward, the smoke, the dust and the war clouds currently covering Syria could easily move westwards over the island of Cyprus. This is what Anastassiades and Akıncı should focus on at their upcoming “social” encounter.

Only vision and courage can solve MidEast’s longest conflict

Leaders’ focus must be on confidence building measures