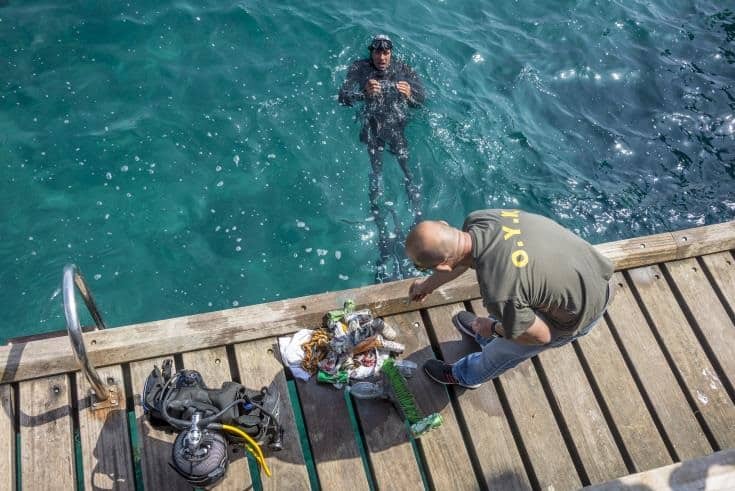 Limassol Mayor Nicos Nicolaides said on Sunday the government had approved a €100,000 to combat marine pollution around the coastal city.

Nicolaides announced the move during a clean-up event by divers on the seabed at the old port for the second year running.

Nicolaides said pollution in the Limassol marine area, but also more widely, was a huge problem that has plagued the city in recent years, adding that after coordination with relevant government departments, it was agreed to upgrade surveillance and the process of preventing pollution “if and when it occurs, through the use of experts and companies dealing with these issues.”

The mayor welcomed the fact that the transport ministry supported the effort by approving a budget of €100,000 to resolve the problem in Limassol.

He thanked the divers for their annual initiative in helping the effort.

“They are sending strong messages that we all need to help, each in our own way to keep the seabed, coastal areas and beaches as clean as possible,” he added.

The head of the divers group, Savvas Minas, said the annual campaign was becoming an institution and that they were active not only in Limassol but in all coastal areas. They had already carried out a clean-up in Paphos and will next cover the Larnaca and Famagusta areas.

On Sunday divers removed soft-drinks cans, bottles and other junk, including an old cellphone.