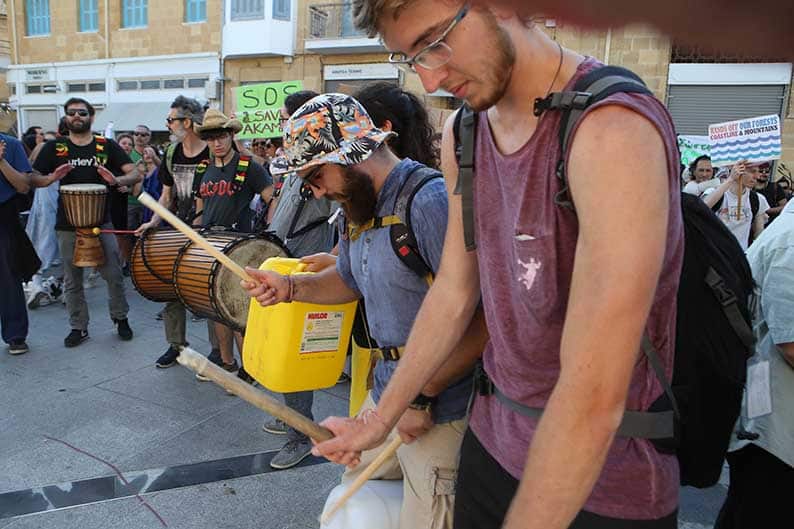 Around 500 people took part in a demonstration to save the nature of the Akamas peninsula from being destroyed in Nicosia on Sunday afternoon.

People gathered at the House of Europe at 2.30pm and started marching to the municipality via Makarios avenue at 3pm, shouting slogans such as “no more development” and “save the seals” and carrying banners.

The ‘Save Akamas / Save Cyprus’ movement which called for the gathering asked all “who care about the protection of our coastline and the sea, our mountains and the forests, our nature and the landscape, as well as the cultural (archaeological and architectural) elements lying within them” to participate.

“We will not tolerate continuing with the degradation and destruction of our common, natural, and cultural heritage. Common goods belong to all of us. We expect that the provisions of the EU Directives and the Cypriot Legislation on nature and wildlife conservation will be respected without any rebates, deviations, and loopholes,” they said.

Turkey not siding with anyone on Syria