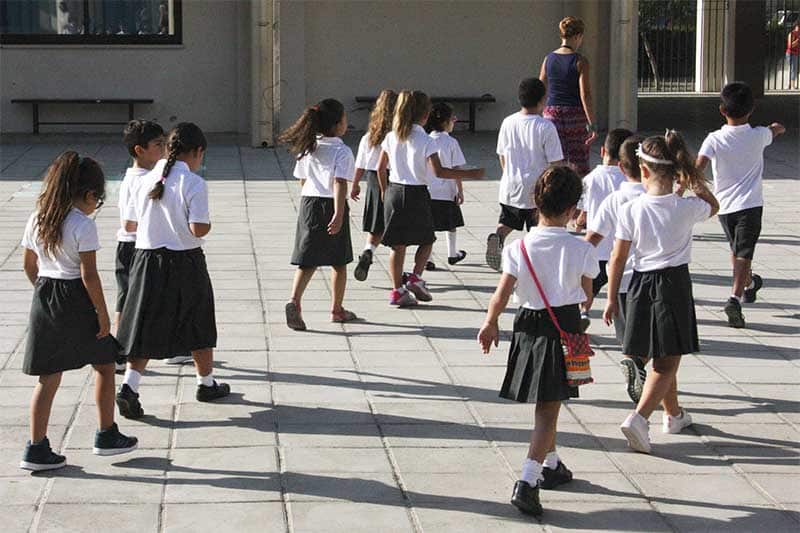 The education ministry announced on Monday that afternoon classes in all-day primary schools and kindergartens will be cancelled on Tuesday due to the 24-hour strike by teachers who take those classes.

Although teachers of afternoon classes at high schools have declared they too will go on strike, the ministry insisted that these classes would not be affected, with the state Institutes of Further Education (KIE) operating as normal. If a teacher fails to show up for one of these classes, the education ministry said, students would be informed ahead of time.

The association of KIE educators however, insisted on Monday that the strike is on. In an announcement following that of the ministry’s, the group told parents not take their children for class on Tuesday.

Parents of children attending all-day kindergartens and primary schools should pick up their children from school at 1.05 pm.

The ministry apologised for any inconvenience caused.

Contract teachers who work afternoons in all-day schools, night schools, and KIEs said they would go on a 24-hour strike on Tuesday after Education Minister Costas Hambiaouris said on Friday there was no possibility of changing their status.

The teachers are demanding to be made employees instead of working on contracts for the ministry. Working on contracts, they said, means that they have no unemployment benefits to fall back on during the four months or so each year they are not working. Also, they do not receive minimum credit for the purposes of calculating their pensions, as provided for by legislation for those who receive unemployment benefit, they said.

The association of KIE educators said on Monday that even though they welcome the willingness of the ministry to discuss improvement to their salaries, they would like their standing demands to be resolved first.

Primary teachers’ union Poed urged on Monday its members to participate in the 24-hour strike out of solidarity to the afternoon teachers of all-day schools.

Representatives of parents of secondary school pupils urged teachers of KIEs to suspend the strike and asked them to “think about the children’s good and the difficulties they have to deal with during this period”.

Parents also invited teachers to engage in dialogue with the education ministry which already said it is willing to discuss all outstanding issues.

Teachers have warned that strike measures would escalate if there was no progress on their demands.

US accuses Russia, Syria of tampering with Douma evidence