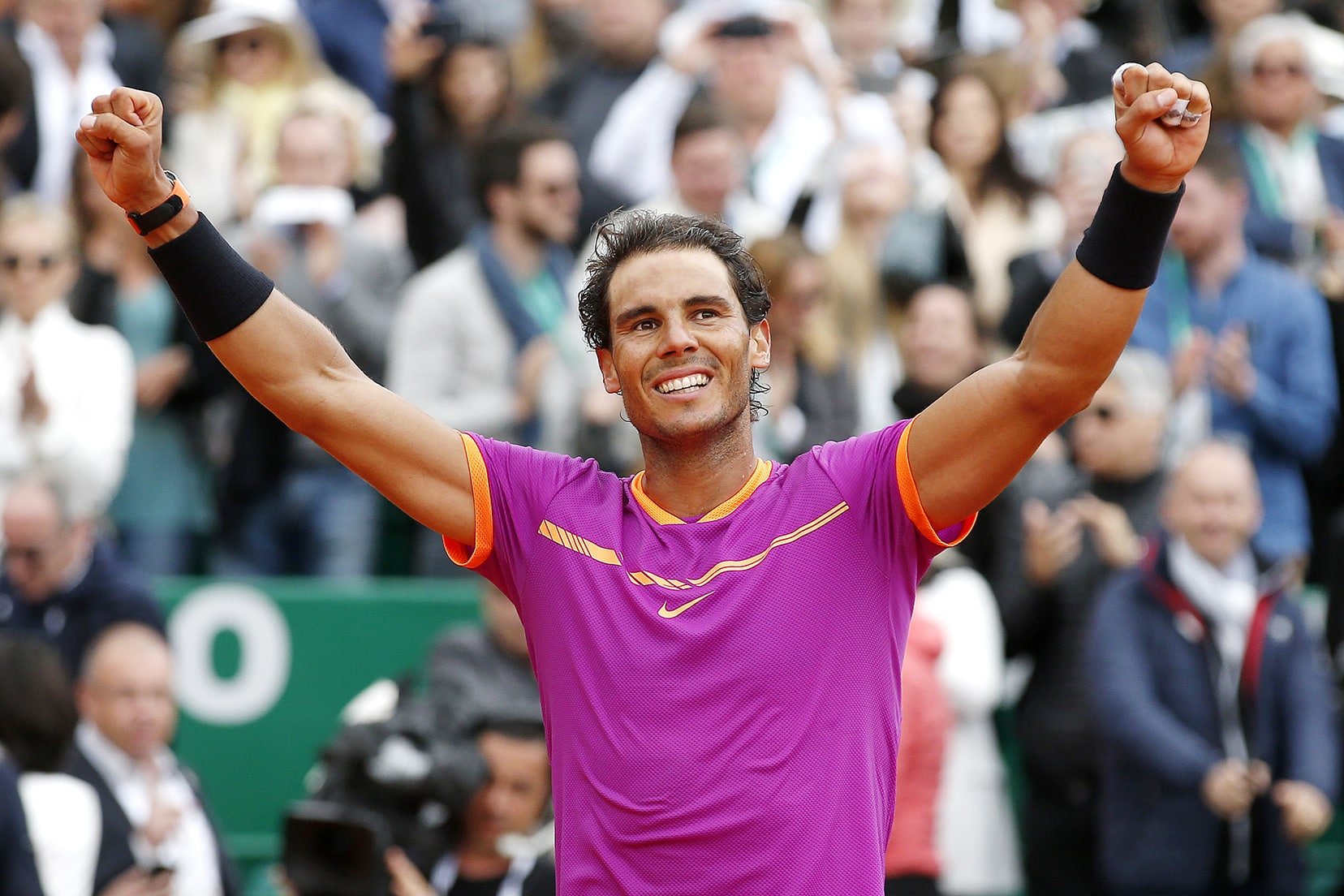 Rafael Nadal’s build-up to what he hopes will be another French Open triumph begins in earnest this week when the Spaniard returns to one of his favourite old haunts, Monte Carlo.

The Mallorcan world number one has been off the Tour since injuring himself at the Australian Open but looks to have recovered just in time for the European claycourt swing he has dominated throughout his career.

Nowhere more so than Monte Carlo where last year he became the first player to win the same ATP tournament 10 times.

Twelve months ago he went on to win a 10th Barcelona title and then completed La Decima at Roland Garros.

The 31-year-old world number one begins his clay court title-hunting season with few matches in the legs this year though, having taken an extended rest after suffering a hip injury in Melbourne against Croatia’s Marin Cilic who will be seeded two at the Monte Carlo Country Club overlooking the ocean.

Any doubts about Nadal’s physical condition were cast aside, however, when he won both his matches for Spain in last weekend’s Davis Cup quarter-final against Germany.

“I feel that I’m playing well. I had some good days of practice here, playing some good sets,” Nadal said.

“That helps me. I love this event. I always feel comfortable here. I’m enjoying being here in Monte Carlo in an event that always brings me to the best feelings possible.

“It’s hopefully going to be my first event of the year that I can finish. And I’m excited about that.”

Nadal will be chiefly concerned with arriving in Paris in tip-top shape but also in the back of his mind is the fact that his number one ranking is hanging by a thread.

Unless Nadal wins an 11th Monte Carlo title Roger Federer, who is skipping the clay court season as he did last year, will return to the top spot without hitting a ball.

Federer is not the only big name missing from the Monte Carlo draw, with Andy Murray and Stan Wawrinka also absent as they recover from injuries.

Serbian former world number one Novak Djokovic will be in action at his home club though – desperately searching for some spark after tumbling down to 13th in the rankings.

Seeded nine, Djokovic, who is struggling to pick up the pace after an elbow injury, could face Nadal in the semi-finals although just getting a win under his belt would be a relief for the 30-year-old who triumphed in Monte Carlo in 2013 and 2015.

“I wanted to share something simple I always try to remember: no matter how good you are at something, there is always more to learn, more to improve, more to explore… so keep your head in the game. I know I gotta keep mine,” Djokovic said on Twitter this week.

Djokovic is back working with old coach Marian Vajda after parting ways with Andre Agassi and Radek Stepanek.