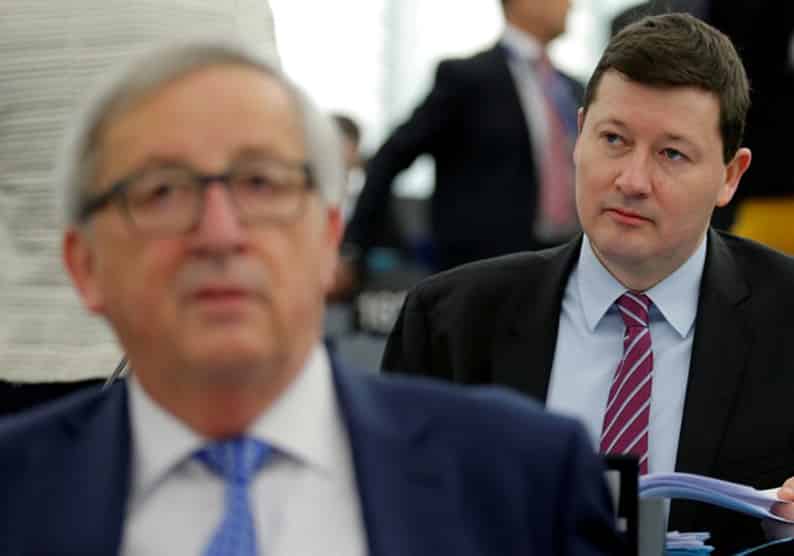 Jean-Claude Juncker mounted what looked like a “coup” in naming his top aide to run the European Union’s civil service, EU lawmakers said on Wednesday in a vote to reprimand Juncker, the Union’s chief executive.

The resolution, which said appointing Martin Selmayr secretary-general of the European Commission “could be seen as a coup-like action”, is not legally binding and the Commission said it stood by its decision, arguing that the European Parliament has no say over the EU executive’s personnel policy.

In response to the resolution’s call for more transparent procedures in filling such posts, the Commission said it was ready to discuss that with the legislature, where even Juncker’s conservative allies accused him of a clumsy error likely to fuel perceptions of the EU as an unaccountable elite.

Parliament has refrained, however, from carrying out threats by some parties to withhold approval for the Commission’s budget and the vote in the plenary session in Strasbourg may draw a line under the episode – though the European Ombudsman is still looking into whether administrative rules may have been broken.

Juncker’s surprise elevation of Selmayr, a frank-speaking German lawyer whose influence as the Commission president’s chief-of-staff earned him no shortage of enemies, provoked weeks of uproar in Brussels. National leaders, however, including those of Germany and France, have played down any concerns.

The Commission stresses that its leadership has the power to name any secretary-general of its choice. Some senior officials concede privately, however, that a decision to first transfer Selmayr, 47, to a deputy role and then promote him minutes later when the serving secretary-general suddenly retired had prompted questions over whether the procedure was entirely above board.

The political controversy makes it more likely that Selmayr will not survive in the post once Juncker’s five-year term ends and the former premier of Luxembourg steps down late next year.