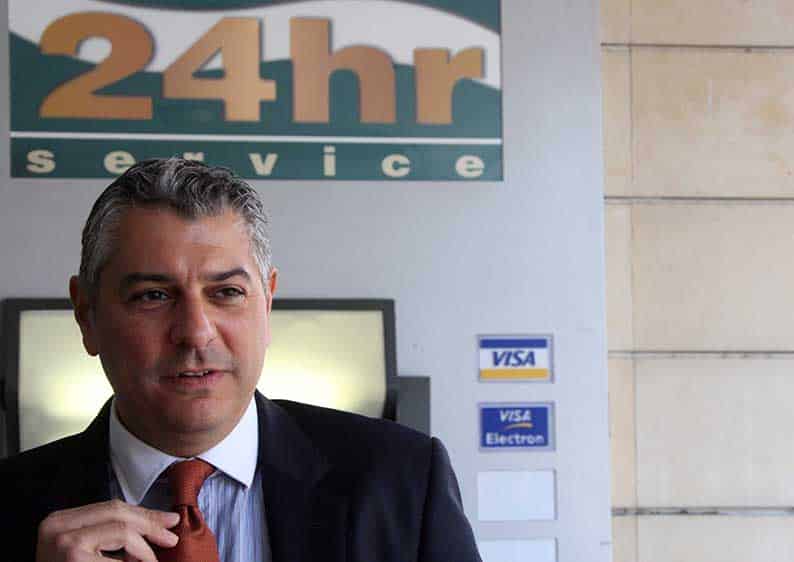 CEO of the CCB, Nicholas Hadjiyiannis

He was responding to questions by MPs during a joint meeting of the House finance and watchdog committees on the future of the troubled Co-ops.

Responding to a question, Georgiades said that Frankfurt seems to be in support of merging of the ‘good’ part of CCB with another Cypriot bank.

In fact, he said, he does not rule out the possibility of the EU Single Supervisory Mechanism (SSM) pre-approving that plan over a proposal for the sale of the entire banking entity.

“I would not rule out, even if there are various proposals at the table, the preapproval by the supervisory entity of that choice, which would include merging with another bank,” Georgiades said.

He said the procedure to seek an investor for the CCB was according to the demand of the ECB to explore all options. Their final view would be made clear after the completion of the procedure. “I would even say that they will decide to a large extent who will be the preferred tender, and by their choice, the preference will probably arise”.

The head of the Central Bank of Cyprus (CBC)’s supervision department, Yiangos Demetriou, told MPs that given the high capital requirements, the choice of a private investor to participate in the CCB capital is not on the table.

On the withdrawals of deposits from Co-op banks – following rumours prior to the presidential election of a possible new ‘haircut’ this time at the CCB – Georgiades said that they had peaked in two phases; between December 2017 and January 2018, but also at the end of March, forcing the state to deposit €2.5bn to stabilise the situation.

“I am under the impression that the deposits did not leave Cyprus, but they did not even go to banks,” he said.

CEO of the CCB, Nicholas Hadjiyiannis, said that outflows of deposits from the beginning of the year reached € 1.9bn, with the largest daily outflows being observed in the last days of March. Outflows in March, he said, amounted to €700m.

“Those days were a nightmare,” he said.

Under pressure from the SSM to raise provisions against bad loans depleting its capital, the CCB launched on March 19 a privatisation process offering potential investors two options, either acquiring the whole banking entity or acquiring its performing operations and a part of its banking network or its non-performing loans amounting to €6.2 billion or 60 per cent of its total loan book.

Cyprus bailed out the CCB in 2014 injecting €1.5bn using loans it received from the EU and the IMF as part of the €10 billion financial assistance programme. In 2015 the government injected an additional €0.17bn to boost the CCB’s capital.