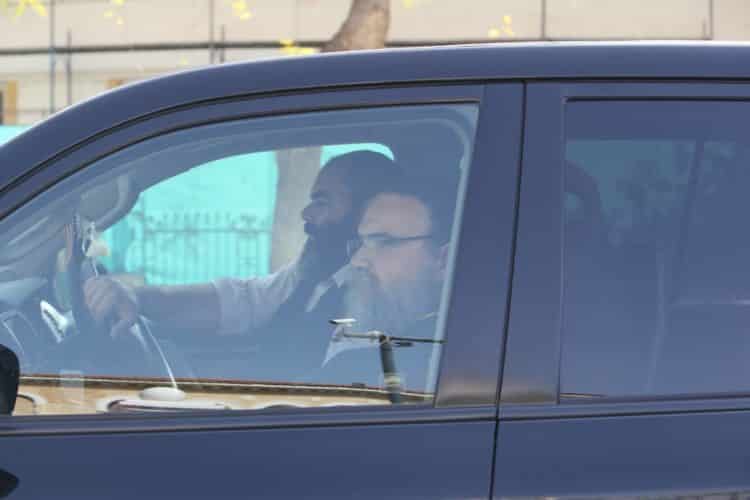 Tamasos Bishop Isaias arrives at the Holy Synod meeting. It was in his diocese that father Stylianos served

The Church Holy Synod on Wednesday defrocked a priest who did prison time for sexually assaulting a girl he had fostered and who later took her own life.

The case had been referred to the Synod’s five-member court at the request of Bishop Isaias, who oversees the Tamasos diocese, where father Stylianos Savvas served.

According to a Synod statement, the “court unanimously decided to defrock father Stylianos Savvas”.

The decision followed the death of Elena Frantzi, 34, who took her own life in her Nicosia home last month.

The news of her death and that the priest had been reinstated after his release from prison, despite the sentence and nature of the offences he committed, sparked public outrage against the Church of Cyprus.

Father Stylianos had served 18 months in prison after he was found guilty on a single charge of sexual assault.

Stylianos had been the local priest at Ergates village before he went to jail. His first posting after his release was a convent.

He seemed annoyed after the Synod’s decision, telling a reporter to seek comment elsewhere before putting the phone down.

“You got the first response from the lady who raised the whole issue,” he told a Sigmalive reporter. What do you want from me now? Ask her and the holy synod for the reaction you want.”

The case had divided the Ergates community, which remains so to date. Savva denied the charges and sought to overturn them at the Supreme Court, which however, not only upheld the conviction, but also criticised the state’s Legal Service for failing to bring to book the priest’s wife and the welfare officer in charge. A case against the wife has now been brought.

His supporters suggested that Frantzi had been promised money to go after Savva.

Born in 1984 to alcoholic parents, Elena was first put into foster care at the age of two, A year later she was put into the care of the priest and his family where she remained until almost 10.

She eventually found the courage to report the priest in 2011 after she sought treatment for stress at the age of 27.

Frantzi told a psychologist all that happened during her time with the priest and his family but refused to go to the authorities initially.

She tried to speak about her problems on a television talk show without naming names though she did confide in the bishop of Idalion at the time.

Frantzi decided to let things lie for the time being as she was starting university, but she was eventually convinced to go to the police and report the abuse.

She said the abuse was almost daily but at the time she could not understand what was going on due to her age and also because the priest told her he loved her. When the case did go to court, the priest was found guilty of a single charge of sexual assault.

Of the long time it took her to report the matter, Frantzi said at the time she was scared since she was being beaten by the priest’s wife on a regular basis and did not trust the social worker who seldom visited the house and was indifferent.

Frantzi said she wanted justice to be served and to find peace since the abuse had traumatised her deeply and made her feel unable to have a normal relationship. She also felt guilty and ashamed, as if she had been responsible.

The synod also looked into another case of a priest in Paphos who was allegedly having an extramarital affair.

The synod said it will wait for the investigation into that case to be completed at the end of this month before deciding his fate.