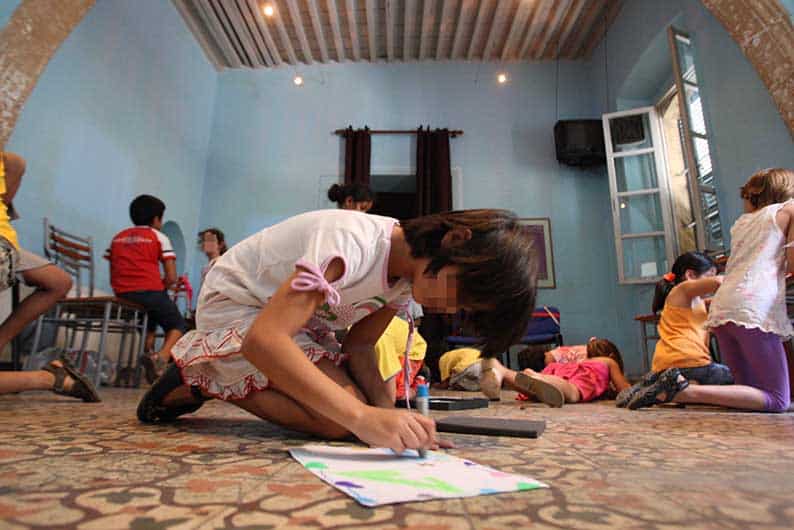 CHILDREN’S Rights Commissioner, Leda Koursoumba said on Thursday that the government needs to adopt a comprehensive policy on children of undocumented migrants with a long stay in Cyprus that is consistent with international obligations.

In a report, made public on Thursday, Koursoumba said that she has been receiving a large number of complaints concerning problems faced by families of undocumented immigrants who have been living for a long period of time in Cyprus as regards efforts to obtain legal status. Over the years, she said she has had to make “multiple and multidimensional interventions”.

A significant number of the population of informal migrant families ends up staying for many years in the country of destination, either with residence permits and/or without papers, the report said.

It added that undocumented migrant families were one of the most vulnerable groups in Europe – in most cases they live in poverty, exploitation, violence, social exclusion – and their children face significant barriers to accessing and exercising their rights. The Council of Europe, it said, recognises undocumented children as “triply vulnerable, as migrants, as persons in an irregular situation and as children”.

In Cyprus too, the report said, despite the long and well-established stay of many families of informal immigrants, this group lives in obscurity, without access to rights such as the labour market, and therefore remains vulnerable to exploitation, exclusion and poverty.

In her report, the commissioner identifies gaps at legislative level, procedures, administrative practices and / or programmes on examining the possibility of granting undocumented migrant families with an established long-term stay and to second-generation immigrants, a status of legality and permanence, with a view to their effective social integration. This, it said, based on specific criteria and taking into account the interest of affected children.

Koursoumba said that in cases where the interior minister finally approves the special residence permit, this is granted for only one year and provided that all other conditions under the law or administrative practice for the issue of a residence permit and work to third-country nationals are met.

Even though, she said, she was informed by the interior ministry’s permanent secretary last April that criteria have been established based on the suggestions of the ombudswoman, these had not been institutionalised in writing and are inadequate in terms of aspects concerning and/or affecting children.

But the existence of such criteria, she said, does not also appear to address effectively the subjectivity and the case-law of the applications, since, according to the interior ministry, those criteria are not exhaustive and cannot restrict the decision of the minister, who may, in accordance with law provisions, decide to grant a special permit to an undocumented immigrant.

In her recommendations, Koursoumba said it is imperative to create an integrated regulatory framework especially for the group of families of informal migrants with a long-term and well-established stay, which gives the opportunity for a regular and permanent status and which ensures their effective inclusion in Cypriot society. “The creation of such a regulatory framework is in the interest of the children of this migrant group,” she said.

Until however such a clear and integrated framework has been created, the commissioner suggests that the discretionary power to grant a residence permit for humanitarian or other reasons, is institutionalised as a means of legalisation mainly of informal immigrants and, above all, families of informal immigrants with a long-lasting and well-established stay where there is no issue of security.