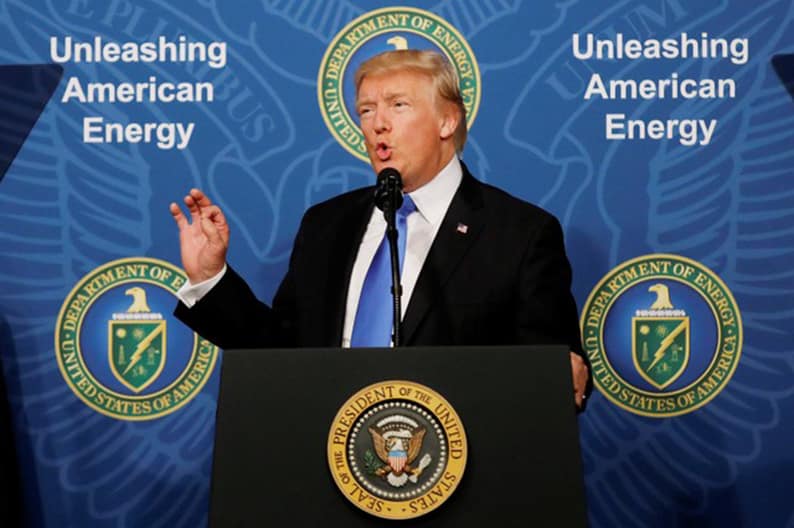 FILE PHOTO: US President Donald Trump delivers remarks during an 'Unleashing American Energy' event at the Department of Energy

U.S. President Donald Trump on Friday criticized OPEC for output reductions that have helped raise oil prices and said the action would not be tolerated, as oil prices appeared set for a second consecutive week of gains.

“Looks like OPEC is at it again. With record amounts of Oil all over the place, including the fully loaded ships at sea. Oil prices are artificially Very High! No good and will not be accepted!”Trump said on Twitter.

White House officials could not be immediately reached to comment on any action the Trumpadministration planned to take regarding oil or OPEC, the Organization of the Petroleum Exporting Countries.

OPEC member countries are slated to meet in June in Vienna to decide their next steps after reducing output since January 2017 in a move aimed at supporting prices.

Top oil exporter Saudi Arabia would be happy to see crude rise to $80 or even $100 a barrel, three industry sources have told Reuters, a sign Riyadh will seek no changes to an OPEC supply-cutting deal even though the agreement’s original target is within sight.