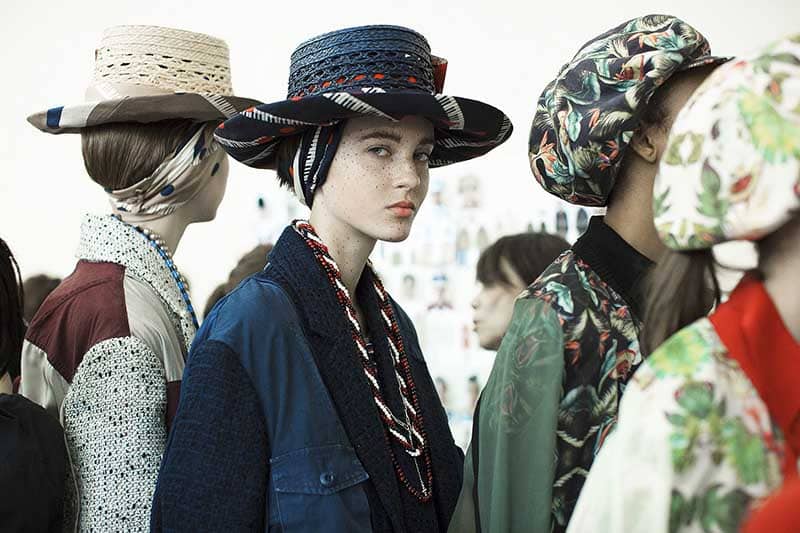 After Filep Motwary curated Haute-a-Porter, a personal concept that became an exhibition presented at the Modemuseum Hasselt in Belgium last year, accompanied by a best-selling book, the fashion photographer and Fashion Features Editor of Dapper Dan Magazine is set to wow fashion fans in Nicosia.

During his eight-year stretch as a self-taught photographer and portraitist, Motwary managed to capture the changing face of fashion and beauty as well as to create his own visual language and approach.

Motwary trained as a fashion designer and worked for prestigious houses, such as Dior and Galliano, and he also designed clothes for his own brand until 2009. His costumes have been presented in several museums, including Atopos, La Gaite Lyrique in Paris and Centraal Museum Utrecht in The Netherlands in addition to Modemuseum Hasselt.

He launched a fashion blog in 2004 and it soon ranked as one of the top in the world, alongside other giants, such as The Business of Fashion and Anna Dello Russo. Blogging opened the way for him to discover other interests, such as writing and fashion photography, by documenting his life and global acquaintances on a daily basis.

All these professional achievements led him to present the exhibition Haute-a-Porter and now his creations will be on show at the Loukia & Michael Zampelas Art Museum. During the exhibition entitled In Parallel _ 2 out of 5, which will be presented from April 27 until June 2, Motwary will focus on two of the many aspects of his body of work: a selection of his favourite photographs along with his journalistic ventures for Dapper Dan magazine.

But for those not just interested in fashion photography or fashion magazines, but want a more hands-on approach, the man himself will be over on May 9 to talk about fashion. As a clothes and costume designer, fashion designer, author, photographer and journalist, he will share many of the elements that make up his wonderful and diverse career, achievements and goals.

Hold on, there is more. He will also give a fashion workshop on May 19 for over 16-year-olds. Inspired by creations of master fashion designers, participants will discover the importance of high-quality sewing, the difference between pret-a-porter (ready to wear) and haute couture (expensive, fashionable clothes produced by leading fashion houses) and where the two meet. The aim is to encourage people to visualise the garment through a creative process, such as drawing with pencil, painting, markers or through the collage method with scraps of fashion magazines.

Reservations for this workshop should be made by May 12.

The endemic Pinna nobilis is at risk as never before