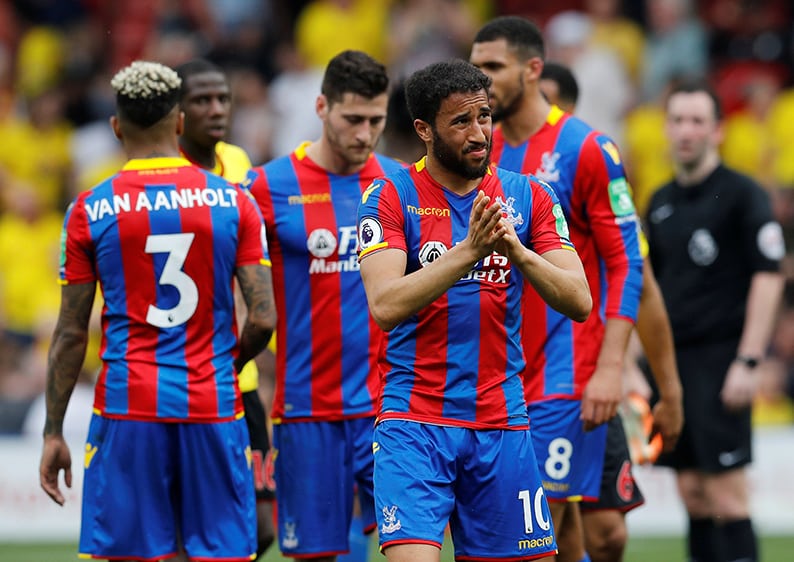 Watford and Crystal Palace continued to inch towards Premier League safety after a scrappy goalless draw at Vicarage Road on Saturday that means the home side have taken just two points from a possible 21.

Palace hit the post twice and Watford once but neither side really deserved to win with Watford edging the first half, in which keeper Wayne Hennessey had to be at his sharpest to prevent an own goal from Joel Ward, and Palace piling on the pressure after the break.

Watford’s Abdoulaye Doucoure was fortunate to remain on the pitch when, having already been booked, he was so incensed by Wilfried Zaha’s penalty shout that he pushed him.

Watford were again unhappy when the Palace winger clashed with keeper Orestis Karnezis and Zaha was once more at the centre of things when he was booked for simulation after his second penalty shout was turned down.