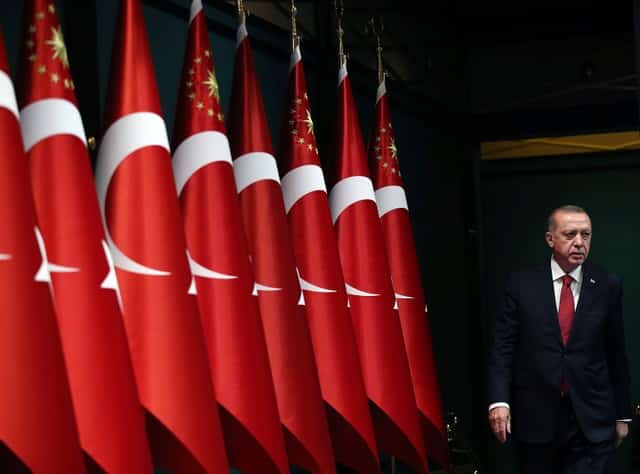 LAST Wednesday, President Tayyip Erdogan announced his decision to call early presidential and parliamentary elections, to be held on 24 June, about one and a half years earlier than the scheduled time of November 2019.

The significance of these elections is that they will trigger the application of the provisions of the new Turkish Constitution, which will significantly strengthen the powers of the elected president.  In these elections, Erdogan’s Justice and Development party (AKP) is expected to be the winner.

The small nationalist party of Devlet Bahceli is expected to form a coalition with the AKP for contesting the parliamentary elections, now scheduled to take place in two months’ time.

The available evidence suggests that the reasons, which have prompted Erdogan to take this decision stem from the risk that the Turkish economy may deteriorate over time.

He also appears keen to activate the enhanced powers of the presidency, provided for in the new constitution, at an as early stage as possible.

Conceivably, this is because of the internal threats posed by the Gulenists – the followers of the self-exiled religious leader Fetullah Gulen who is in the US – whom Turkey has accused as being behind the failed military coup in the summer of 2016, and also the Kemalists, who are those advocating a clear separation between the state and religion, traditionally found amongst the ranks of the Turkish army.

The assessment of most observers of the political scene in Turkey is that, subject to unpredictable events, Erdogan will be the next president of the Turkish Republic.

This is a prediction I had made in my last article on the subject of the relaunching of the intercommunal discussions on the Cyprus problem.

The critical question for Cyprus is what will be the impact of the early elections in Turkey on the intercommunal discussions in Cyprus?  In my opinion, Cyprus must carefully avoid a deterioration of its relations with Turkey.

It should not act in a manner that is likely to elevate the Cyprus problem into a major pre-election campaign issue because, in such a case, the temptation for all the parties, which will be involved in the Turkish election process, to undertake nationalistic commitments and to give nationalistic undertakings in order to attract votes will be irresistible.

By contrast, a spell of silence and mild tones could be viewed as a discreet form of support to the current president, helping him to secure his almost-certain re-election. In return, the Republic of Cyprus could expect an enhanced level of understanding, in the post-election era, when the intercommunal discussions should be resumed, at the utmost speed.

In other words, the impolite slogans and adjectives, which invariably serve no purpose beyond the possible diffusion of pressure on the part of those who utilise them, should be placed in a refrigerator over the next two months, particularly by the mass media.

It goes without saying that actions, such as the opening of the Dherynia crossing, the work of the intercommunal committees and the contacts between the two communities, without the publicity that is are often used to highlight such contacts, should continue and, ideally, should be reinforced.