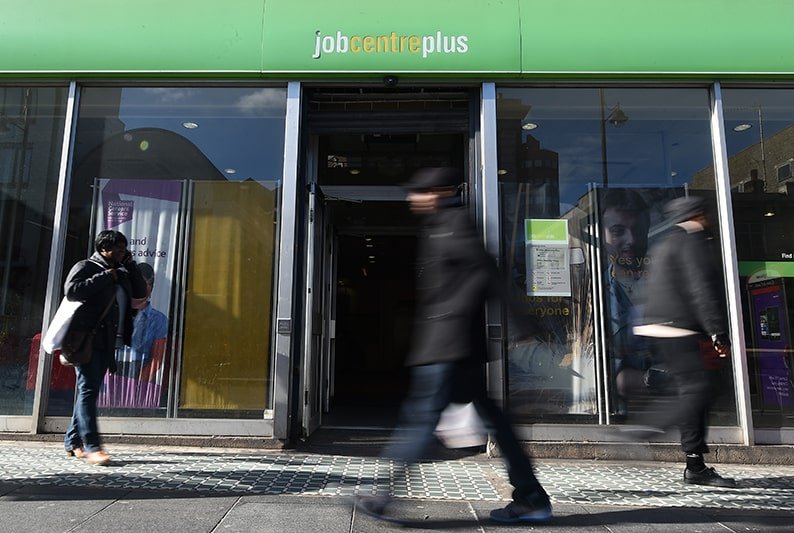 Pedestrians pass a job centre in London, Britain, 18 February 2015. Unemployment in Britain has fallen to its lowest rate in six years, the Office for National Statistics said 18 February. EPA/ANDY RAIN

If the model is broken, should you try to fix it, or should you scrap it and get a new one?

In questions of technology, increasingly the answer is: scrap it. Computer repair shops are dying out: if your laptop doesn’t work, just buy a new one. What applies to consumer technology, however, does not necessarily apply to politics.

The political model of Western-style democracy, which grew up alongside and then within a capitalist economic model, is now broken. Exhibit Number One is Donald Trump, but there’s lots of other evidence too.

One-third of French voters backed Marine Le Pen, a cleaned-up, user-friendly neo-fascist, in last year’s presidential election. In last September’s German election, one-eighth of the electorate voted for Alternative for Germany, a party whose more extreme wing is neo-Nazi – but it now leads the opposition in the Bundestag, the German parliament.

Last month in Italy, the two biggest parties to emerge from the election were both led by populist rabble-rousers, one from the left and one from the right. Not to mention Brexit in Britain. And in every case the themes that dominated the populists’ rhetoric were racism, nationalism, hostility to immigrants – and jobs.

Trump rarely talked about anything else during the presidential election campaign: immigrants are stealing the jobs, free-trading American businessmen are exporting the jobs, the foreigners are eating America’s lunch. Down with free trade! America First! Etc! (Hint: Donald Trump is not a Republican. He is a populist.)

Trump may not know a lot, but he knows One Big Thing. We are living in a new era of mass unemployment, and nobody has noticed. As Trump said the night after he won the New Hampshire primary in February 2016: “Don’t believe those phony numbers when you hear 4.9 and 5 per cent unemployment. The number’s probably 28, 29, as high as 35. In fact, I even heard recently 42.”

It’s not really 42 per cent, but it’s not 4.1 percent (the current official US rate) either. According to Nicholas Eberstadt’s Men Without Work, the real unemployment rate among American men of prime working age (24-55) – including those who don’t get counted because they have given up looking for work – is 17 per cent.

Why didn’t we notice? Because the unemployed weren’t protesting in the streets like they did in the Great Depression of the 1930s, although the rate is getting up to Depression era levels. After the Second World War, all the Western democracies built welfare states, mainly so a new generation of radical populist leaders would not come to power the next time there is mass unemployment.

It has worked, in the sense that there is not blood in the streets this time around, but the jobless millions are very angry even if the welfare state means that they are not starving. They do vote, and unless something is done to ease their anger, next time they may vote for somebody who makes Trump look good by comparison.

But if the problem is unemployment, then the answer is not obvious, because the main cause of unemployment in Western countries is not immigration or ‘offshoring’ jobs, as Trump pretends. It is computers.

One-third of American manufacturing jobs have vanished in the past 20 years, and the vast majority of them (85 per cent) were destroyed by automation. The algorithms and the robot arms have already killed the Rust Belt, and there is a plausible prediction that almost half of existing American jobs may be automated out of existence in the next 20 years.

What would our politics look like then? Not very democratic, unless we do something to ease the anger of the unemployed. This doesn’t just mean giving them more money – a massive expansion of the welfare state – but also finding way of taking the shame out of unemployment, because it is the humiliation of being seen as a loser that breeds the anger.

The leading proposal on the table right now is called universal basic income (UBI). Every citizen would get enough to live a decent life whether they are working or not, although most people would probably keep working as well in order to have more money. And making it ‘universal’ takes the shame and anger out of it: UBI would be a birthright, not charity handed down to those who have lost their jobs.

UBI may not work in practice, but at least it is addressing the right problem. And there is enough money to take this approach: the jobs are being destroyed, but Western economies are still growing richer.

Whatever the solution is, it has to tick two boxes: putting money in the pockets of those without work (which is very much in the interest of the owners and managers, whose business model is also broken unless their customers have money to buy their goods and services) and doing it in a way that does not breed humiliation, resentment and radicalism.

Some may argue that this is saving capitalism, not smashing it, and they would be right. But evolution is better than revolution, and fixing the model that is currently broken, essentially by a major expansion of the welfare state, is a better bet than abandoning it.

Gwynne Dyer’s new book Growing Pains: The Future of Democracy (and Work), is published this month by Scribe in the United States, Canada, the United Kingdom, Australia, and New Zealand

Economic convergence is failing in Cyprus