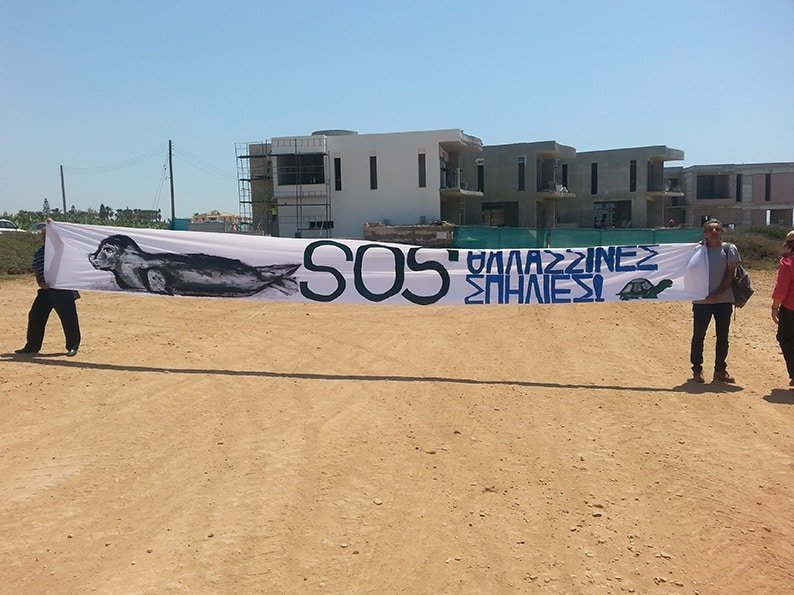 In the wake of heated protests over development in a protected area near Peyia, representatives of the environmental branch of the European Commission are in Cyprus for two days to discuss how to protect fragile protected species and habitats in Natura 2000 areas on the island.

The visit on Wednesday and Thursday aims to improve implementation measures during discussions with relevant government departments.

The visit comes just a day after the latest demonstration on Tuesday in the marine protected area of the sea caves near Peyia to protest against the construction of six villas and an environmental impact authorisation being granted for a five-star hotel and 44 villas at nearby Kafizis beach.

After meeting government representatives at EU House the delegation will visit Natura 2000 regions around the island.

One of the subjects expected to be discussed is enhancing the role of interested parties in protecting the Natura 2000 area.

The guidelines for applying for a building permit in protected areas will be evaluated and how to protect the flora and fauna in their habitats.

The officials will also examine how to deal with the illegal trapping of wild animals and the effects of tourism and agriculture on nature and wildlife.

Funding and the implementation of funded projects for the protection of the regions are another subject.

The officials will also reevaluate how far the public has access to information and is actively involved in decision making on environmental matters.

The commission is also interested in hiring people in management positions to improve procedures and to prevent areas from being damaged.

Landowners in the Akamas region, the biggest Natura 2000 region on the island, have continuously lobbied for development rights of property within the Natura designated areas.

The government declared all state-owned land in Akamas – around 75 per cent of the area – as a national forest park. It stipulated however that private property will be excluded from the area designated as a national park and also allowed mild development. This specific point satisfied landowners but stirred strong criticisms from environmentalists who fear there is no such thing as mild development.

Wetlands around the island are also threatened by development and other human interventions.

Natura 2000 is a network of core breeding and resting sites for rare and threatened species, and some rare natural habitat types which are protected in their own right. It stretches across all 28 EU countries, both on land and at sea. The aim of the network is to ensure the long-term survival of Europe’s most valuable and threatened species and habitats, listed under both the Birds Directive and the Habitats Directive.

Cyprus has 40 sites of community importance under the Habitats Directive and 29 special protected areas under the Birds Directive as part of the network, among them Cape Greco in Ayia Napa, Diarizou valley in Paphos, the Troodos national forest park, the Larnaca and Oroklini salt lakes and Akamas.