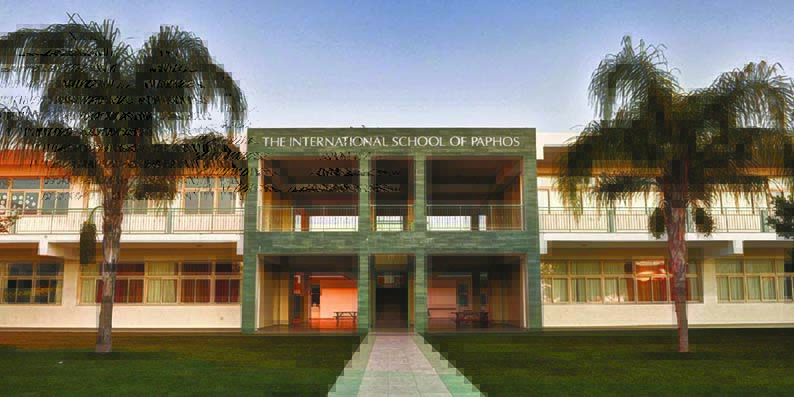 THE International School of Paphos (Isop) is this year celebrating its 30th anniversary with a number of activities, all proceeds of which are going to charity.

The school fi rst operated on the grounds of the Liasideio school in Paphos. At the time, there were just 80 pupils, but even then the school was international, having students from Cyprus and other countries.

Now it has around 750 students and more than 80 teachers.

The school caters for kindergarten age children through to the end of secondary education and follows the British system, meaning it has a curriculum of 13 years including A levels.

According to deputy head Stephan Spies-Gordes, the school has always been at the forefront of modernisation.

“We were the first to abolish O levels in the early 90s and replace them with IGCSEs,” he said, “all other schools did that much later.” Isop is also adding more subjects every year, with English as the main language of instruction. In year 7 students get to take both French and German, and the following year they can decide which of the two they want to continue. These two languages were offered even at the time when the institution had just 80 pupils.

With the expansion came the need to relocate to new premises, and in 2006 they moved to Anavargos. The building now has facilities such as a heated indoor swimming pool, labs and a music room. Last year another floor was added to one of the wings, providing space for giving support to both children with learning difficulties and especially gifted children.

Future plans include a boarding house and a theatre.

Where the school excels especially, the deputy head said, is that it is still small enough to give each person individual attention.

“At the top end, the A levels, we change the timetables to accommodate the needs of the students, and we have very small classes,” he explained.

Students from 41 nationalities are currently at the school, with Cypriots, Russians, Chinese and British constituting 85 per cent of them.

Pupils frequently win awards from international examination boards and go on to study at renowned universities abroad. The vast majority go to the UK, where they are accepted by tertiary education institutes from the prestigious

Russell group. Others go to universities in the USA, Canada and Germany.

The school is well-known for its participation in charitable events. “Our vision statement is ‘learn as an individual, give as a global citizen’,” Spies-Gordes said. They have raised money for cancer patients and tree planting but not just that, they have also taken action.

When pupils went to visit children at the general hospital’s children’s ward they decided to repaint benches, remove weeds and buy equipment for the playground on the grounds.

After the Argakas fi re they also planted trees in the area.

At the school, the mentoring of younger by older children is fostered, whether it comes to helping with a language, reading or PE.

“They really look out for each other,” said the deputy head.

Hunting art on a rock face

Education for all with Erasmus programme

Master’s in public law at Frederick’s

Pascal children improving their knowledge of the legal system

University of Nicosia advances to the Top 501-600 universities