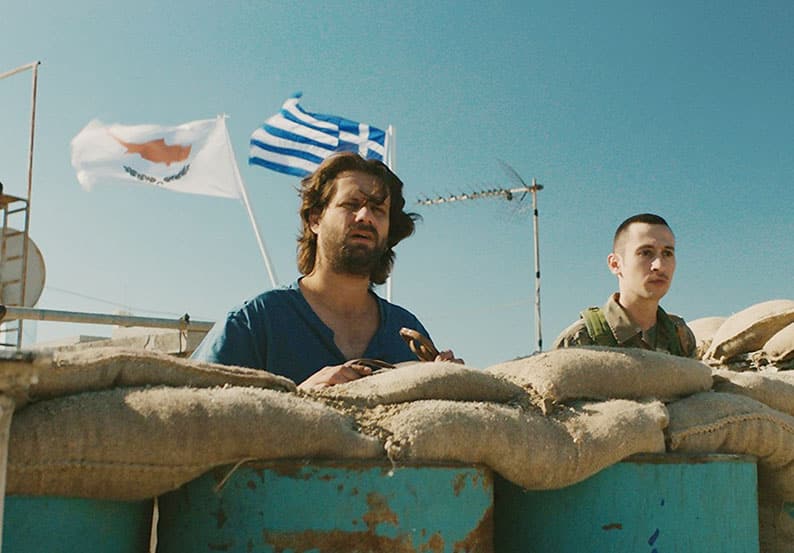 A comedy about a Greek Cypriot man and his dog who ran across the Green Line to the north, and his owner’s efforts to get him back to the south of the island has won best international narrative feature at the Tribeca Film Festival.

Smuggling Hendrix (Cyprus-Germany-Greece) by Marios Piperides, focuses, according to the yarn, on Yiannis, a faded musician who is about to leave Cyprus for a better life abroad but sees his plans turned upside down when his dog Jimi runs across the divide.

According to the plot, Yiannis is fed up with life on the island, with the economic crisis and the never-ending Cyprus problem. His long-time girlfriend, just left him, while mobster creditors are breathing down his neck.

His plan is to leave Cyprus once and for all, with his beloved dog Jimi. However, his plans get turned upside down just three days before his planned departure, when Jimi runs away and crosses the buffer zone.

Yiannis crosses at the Ledra Palace and finds Jimi, but is halted on his way back as animals are not allowed to cross from either side under the EU’s Green Line Regulation.

When he is turned back by Greek Cypriot police at the checkpoint, Yiannis finds himself stuck in the north, trying to find a way to bring his dog back while his time is running out.

He then meets Turkish settler, Hasan who he convinces to help him smuggle Jimi back home by making him an offer that he cannot refuse.

They embark on an absurd journey trying to circumvent the island’s political obstacles, with the help of Kika and a Turkish Cypriot named Tuberk.