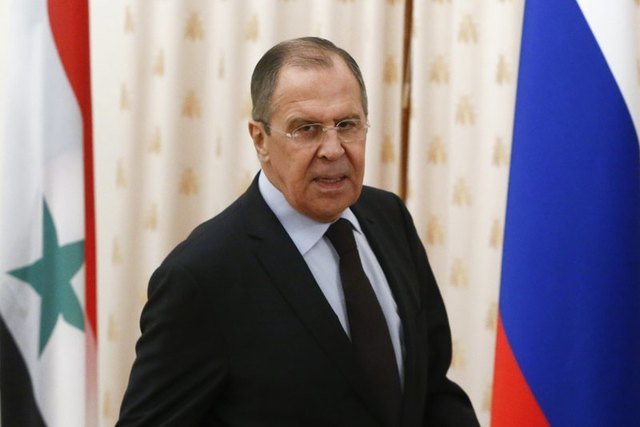 The foreign ministers of the Russia and Cyprus, Sergey Lavrov and Nikos Christodoulides, are holding talks on Friday in Moscow, to discuss, among other issues, the Cyprus problem, bilateral relations, EU-Russia relations and regional concerns.

Christodoulides is paying a working visit to Moscow, following an invitation from his Russian counterpart. The Russian foreign ministry has said that “contacts with the Cypriot authorities are aimed at discussing a wide range of bilateral issues, as well as regional and global problems” and expressed hope that the Cypriot top diplomat’s working visit to Moscow “will facilitate multi-faceted cooperation” between the two countries.

According to the ministry`s statement “particular attention will be paid to ways to resume inter-community talks on the Cyprus issue. The parties are also expected to discuss the prospects for restoring full-fledged interaction between Russia and the European Union. There will also be an exchange of views on the situation in Syria and the Eastern Mediterranean in general,” the Russian Foreign Ministry added.

“Both countries call for resuming dialogue between Russia and the EU as soon as possible, strengthening the United Nation’s central role in international relations as a universal institution for ensuring peace and security, as well as for advancing the global community’s efforts to counter modern threats such as international terrorism, illegal migration, cross-border crime and drug trafficking,” the statement said.

With regard to the Cyprus problem, Russia emphasises the need to find a comprehensive, fair, sustainable and viable solution to the Cyprus issue. “We believe that the internal aspects of the settlement process are for the Cypriot sides to address,” the Russian Foreign Ministry noted.

“We hope that the Cypriot communities will once again sit at the negotiating table. In our view, the current system of external security guarantees for Cyprus is outdated, it is not in line with today’s realities and the current international legal status of the Republic of Cyprus,” it added

Moscow also believes that “guarantees provided by the United Nations Security Council would prove to be the most effective tools for ensuring the independence, sovereignty and territorial integrity of the a unified Cyprus.”

As regards trade dialogue, the statement said that despite the European Union’s sanctions on Russia and Moscow’s retaliatory restrictions, Russia-Cyprus trade has been growing.

It added that In 2017, bilateral trade increased by 6.4%, reaching $314.4 mln and that Cyprus is one of the main channels of investment in Russia’s economy.

In addition, Cyprus is one of the most popular tourist destinations among Russians. As many as 824,000 Russian tourists visited the country in 2017, it is noted.

Six hundred drivers caught speeding in one day in Larnaca