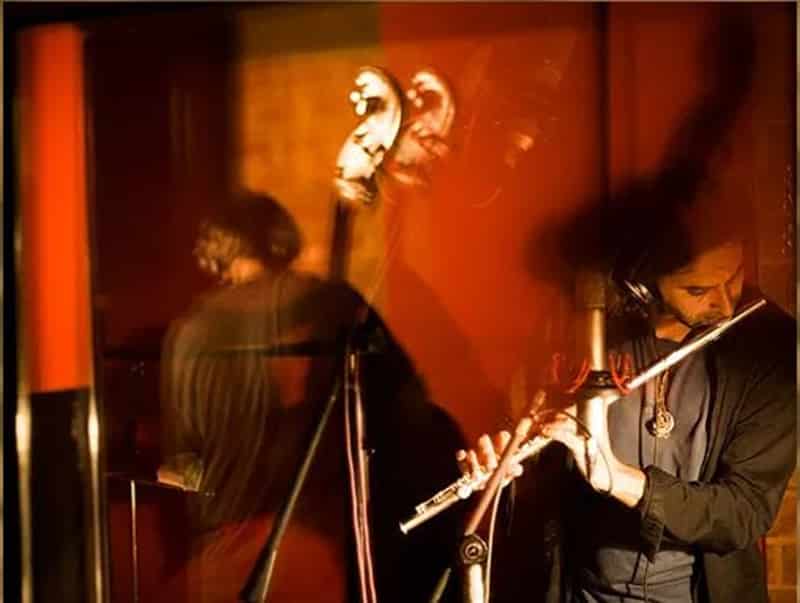 Fans of The Lord of the Rings will know the phrase “not all those who wander are lost”. The musicians taking part in the Alonisma Project also know the meaning behind the saying, and to prove it they will perform in Paphos on Monday.

The four musicians from different cultures and backgrounds, Andrea Romani on the flute and ney, Apostolos Sideris on double bass, Estreilla Besson on piano and Ioannis Vafeas on drums, invite the audience to follow their free improvisations with influences from Western Jazz to Middle East sounds. This improvised performance is part of the Alonisma Project – Alonisma means to wander and travel without a specific plan – which was created in 2014 in Paris as a collective of international artists from Europe, Middle East and Brazil including musicians, painters, film makers, dancers, actors and academics.

Romani, a self-taught musician who was born in Italy and is now based in Paris, won a scholarship to the Siena Jazz summer workshop in 2003. Five years later he established his first Parisian quartet with Antoine Paganotti – drums, Daniel Benoit – piano, Nicolas Moreaux – bass and a duet with the guitarist Maxime Fougeres. He has performed mostly in France and Italy, with the Italian guitar player Federico Casagrande. In 2011 he recorded two tracks as a guest of the Harris Lambrakis Quartet on the album Meteora and he also performed many concerts in Greece with the same group. After years of experimenting with sound, he recorded his first album, which was released in December 2017.

Sideris, from Greece, started his musical career playing the classical flute. At 15 he went electric with the electric bass, an instrument that he instantly fell in love with and started to play in concerts with various rock bands around Athens. His next challenge was to focus on the kind of music that fit him best, and that was jazz. This passion for jazz led him to move to Boston and attend the Berklee School of Music. During his time at Berklee he picked up the upright bass, which since then has been his main instrument. After his Boston adventures, Sideris moved to New York, where he earned his Master’s degree in Performance.
Apart from being a performer, the bass player is also a devoted composer, writing in many different styles, ranging from jazz to Middle Eastern and Latin influenced music. He currently resides in Istanbul and has been directing his creative energy mainly toward working with an Ethnic-Jazz group he co-founded called MESEL as well as preparing his own album.

Besson began piano lessons at the age of five. From 2011 to 2013 she studied at the Didier Lockwood Jazz School CMDL. Presently she is following the perfecting class by Rena Shereshevskaya at the Rueil Malmaison Conservatory and studying conducting at the St-Maur-Des-Fosses conservatory. She is part of the contemporary orchestra ensemble of the Cite International Ensemble Ecoute. When it comes to her own compositions, Besson is very much influenced by Balkan music.

Vafeas, from Cyprus, grew up in musical family. He studied Jazz at the Berklee College of Music in Boston and holds a Master’s Degree in Jazz Studies from the Boston Conservatory. After his studies, the pianist began to perform, teach and record. To date he has collaborated with a number of artists on CDs, recordings and theatre productions. He currently teaches at the University of Nicosia and is part of the Ioannou/Vefeas quartet, releasing their first album Bridge of Locks in April 2017.

Cyprus’ tripartite partnerships ‘aimed at strengthening stability in the region’