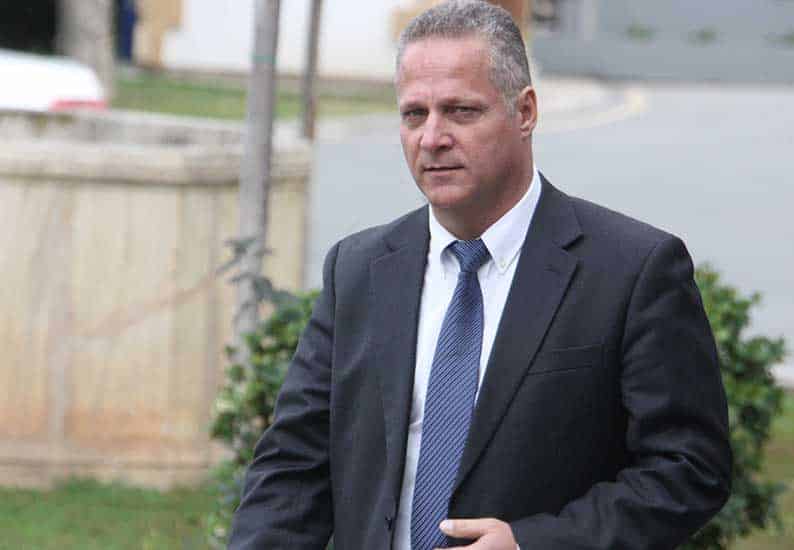 WITH reference to a recent article by you, George Koumoullis, regarding the visit of the minister of education to the headquarters of the Elam party, the exchange of views he had with its leaders and the comments he made afterwards.

I admired the clarity of your thoughts as well as the strength of your arguments.

Allow me though to express a few thoughts for you and your readers.

Elam has the support of a quite respectable share of our political spectrum and culture. They have clear views, exposed openly to the people and they were approved by a good number of the electorate. They got almost equal numbers as  Edek, the Citizens Alliance and the Solidarity Movement and many more than other smaller parties.

This is the essence and value of democracy. What would you like? To exclude them from political life or isolate them?

It brings to mind the example of the liberal constitution of the Weimar Republic of Germany after the First World War and the emergence of the Nazi party, which won popular approval but ultimately led to the Second World War.

The emergence of the Nazi party was not due to the liberal and democratic constitution of the Weimar Republic. It was the product of the humiliation and injustice caused to the Germans by the victors that imposed on them the terms of a humiliating surrender that fomented anger and indignation and thirst for justice and national pride.

I kindly ask you to answer to me the following question: Is it just and fair for a minority of 18 per cent of the population to use by force and keep for eternity 37 per cent of the territory of the island?

Is it just and fair for such a minority to have the constitutional right to impose a president of the whole country, not unlike one of those who killed our children, women and so many other innocent people, and cold-bloodedly raped our women and that you and I our children or any other Greek Cypriot should be excluded as a candidate for the presidency? Is not that a racist provision?

Why do you think that Turkey insists on strong guarantees? It is because they know that such brutal injustice cannot last and the next generations may do as the Germans did after World War One when they exploded in indignation by bringing power the Nazi party.

That is why, Mr Koumoullis, Turkey consistently demands that it remain a guarantor. It is the protector of the spoils of its victory and safeguards for eternity the unjust solution they want to impose on us and to keep Cyprus as a protectorate.

That is why Elam was born and although I am not a nationalist myself and reckon all Turks as brothers with whom we have common genes and historical and cultural ties. We should solve our disputes and live as one nation in peace provided the constitution is not the Treaty of our Surrender.

Already some 100 years have passed since then and legally Turkey neither can or wants to dispute the Lausanne Treaty as we cannot claim Constantinople, but I have no doubt that the Turks, having lost all the islands of the Aegean, want to control at least the one they have in their hands which until 1914 was part of the Ottoman empire.

They consider us as an island, not a state claimed by both Turkey and Greece and they include us in their disputes. I know that they abandoned any claims on Cyprus and later on with the Helsinki accords of 1975 the European borders became solid and undisputed. All these though may be the core of the problem and anger and indignation of the Turks against the Greeks and we are called to pay the price.

Do not forget that the sovereignty of all Dodecanese islands passed to Greece only in March 1948 and the Turks had claims on these islands on which there were many Muslim Turks.

With the cementing of the European borders by the Helsinki Accords, the Turks are now trying other ways. They dispute the interpretation of the Lausanne Treaty for the Aegean and they claim the rights for the Muslim minority of Cyprus in excess of what any reasonable person could imagine. Apparently, we are victims of the history of these two nations and we are called to pay the costs and succumb to the terms of a humiliating defeat and to sign the treaty of an unequivocal surrender.

It seems the aim of the Turkish side at the negotiating table is not to reach a just and equitable solution, sustainable and viable. They are heavily impacted and prejudiced by the anger and indignation they have for what they believe that they lost in the Aegean and we are the victims of this anger.

So please do not have any political enmity with Elam. The party represents the bitterness and indignation of our people towards those who are ready to surrender to treaties like the one that established the Weimar constitution after world war one and the Lausanne Treaty of 1923.

One more question: Do you think that the minister of education visited Elam without the consent of our two elected leaders, the President of the Republic and the Archbishop?

So again, Mr Koumoullis, with all due respect as a reader of the Cyprus Mail and as an independent member of the public, I don’t share your views about the minister’s visit to Elam.

Our View: Anastasiades is wooing the opposition in the hopes of passing reforms

What does it take to get a street name?

Why did I pay cash for my home?

Cats are not treated well at St Nicholas monastery