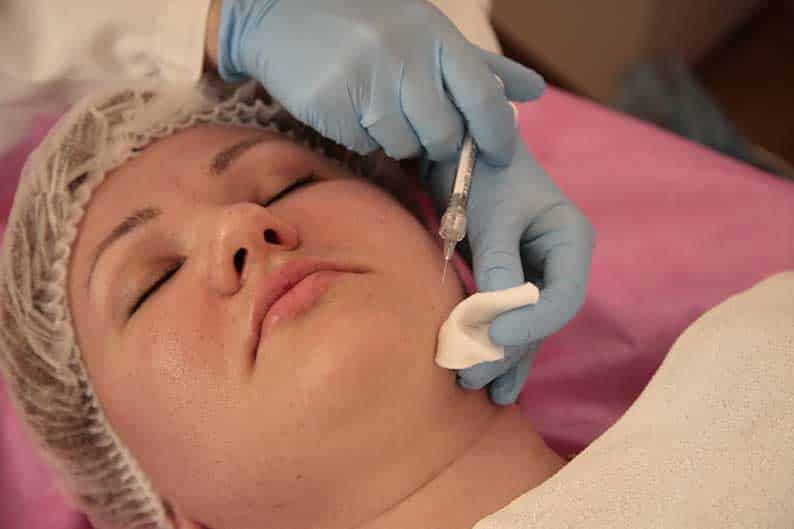 A hairdresser operating as a dermatologist without the necessary licences was caught – for a third time – this week after a procedure he carried out went wrong.

Posing as a professional, he carried out cosmetic procedures – filling lips and providing wrinkle treatments – for less money than an actual dermatologist or plastic surgeon would have charged to women who trusted him.

Two women who saw their faces swell up hours after he injected them with products they are still unsure of, spoke to the Sunday Mail on condition of anonymity.

Admittedly, he didn’t botch all of his jobs. Both had been to him in the past and were perfectly happy with the results so did not hesitate to go back to him.

Earlier this week, one of them, a 48-year-old woman, reported him to police after a facial filler on her cheeks went horribly wrong. It appears the product was hyaluronic acid, a common wrinkle filler, but tests are needed to confirm this.

He has since been arrested, remanded and released. As he has not yet been charged he cannot be named. What can be publicly released is that he is 43, worked at a hairdressing salon and had been arrested twice before for similar offences.

Forty-eight-year-old Elena, whose name has been changed to hide her identity, had gone to the fraudulent doctor six years ago for lip augmentation.

Recently, after some personal circumstances caused her self-esteem to plummet, she decided some cosmetic treatment might cheer her up.

A month ago, she went for a cheek filler. It was carried out in his apartment but nonetheless, she was happy with the results.

Two weeks later, he insisted she go back so he could touch up his work.

“I told him I don’t have money to pay you but he kept saying ‘It’s OK I trust you’ll pay me’.”

“I was very happy with how everything looked so I didn’t really want to go back, but he insisted and I went.”

She knew right away something wasn’t right. Even the way he administered the injection was painful “I had to scream for him to stop.”

A few hours later, her eyes were swollen, her skin was burning and her lips had gone black.

“It was nighttime so I didn’t want to bother him. I waited until the next morning to call him.”

The following day he gave her cortisol tablets.

“I try to maintain a healthy lifestyle. I’m always averse to taking medication and now, I was stuck taking cortisol for a week.”

The so-called dermatologist assured her that the swelling would subside and although she was about 40 per cent better, it was at that point she decided to go see a professional dermatologist who encouraged her to report the man.

By sheer coincidence, the professional dermatologist she visited for help was also treating 27-year-old Maria, whose name has also been changed, after she went to the hairdresser for a second time for a lip filler.

“I went three years ago and I was very happy,” she told the Sunday Mail.

The first time, he carried out the procedure in a spa.

This time around, he told her to go to his apartment. In the room where he administered the injection, there were two big white dogs roaming around freely with questionable hygienic conditions.

Looking back, she realises she should have left right away. But she stayed, paid €200 and got no receipt.

“I went crazy when I saw how I looked. It was the most horrible two weeks of my life.”

Elena too, recalls seeing her reflection afterwards. “I felt like a monster.”

Today, both women have been advised to see a plastic surgeon.

Maria who after the initial shock went to a clinic was refused treatment because they said they couldn’t administer anything as they didn’t know what they hairdresser had injected her with.

In the meantime, she found out he had no licence and went to the dermatologist who has largely helped.

“Now I’m fine. My lips are a bit lumpy but the only way to fix this is plastic surgery and I’m not willing to do that at the moment.”

Elena has also been advised to go to a plastic surgeon to carry out tests that can reveal what exactly it was the hairdresser administered to her. The cost attached is not cheap and she’s struggling financially.

Her face has been restored by about 75 per cent, due to the dermatologist’s help.

Although she has taken several pills, the hardest to swallow was how she felt afterwards.

“Psychologically, I’m not ok yet. I’m stressed and upset by what’s happened.”

Her only hope is that other women do not fall victim.

Maria too, has learnt her lesson the hard way. She filed a report to police after finding out what happened to Elena. Police could not immediately say if the case is being investigated.

Both women said they wanted to make sure other people do not fall victim to such lures of ‘easy’ procedures at a low cost.

“Any person should have the right to do whatever cosmetic treatment they want, but they have to go to a registered, licensed practitioner,” said Maria.

Britain urged to ensure promises to ‘Windrush generation’ are made law

Anastasiades off to Egypt for launch of ‘diaspora return’ progamme