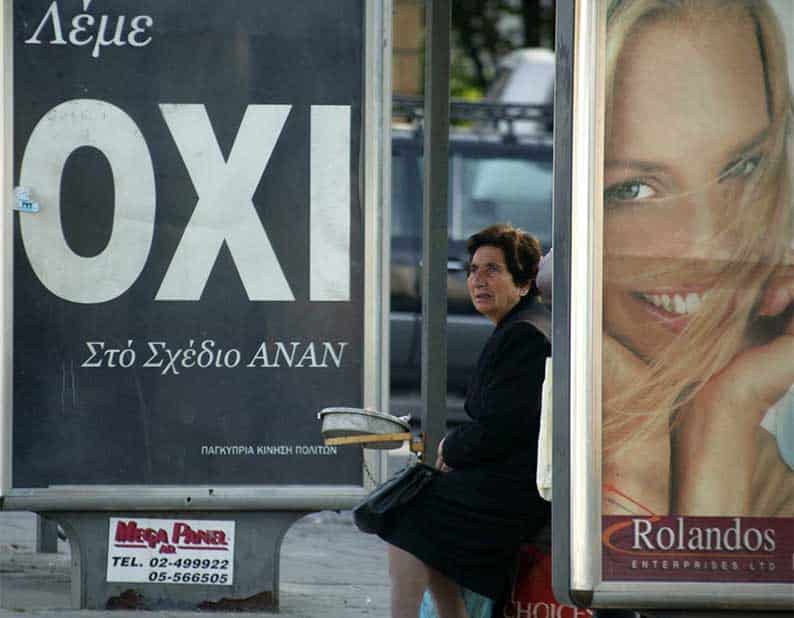 Gender practitioners, human rights defenders and those working in humanitarian and international affairs came together from over 100 countries earlier this month to attend the renowned Stockholm Forum on Gender Equality hosted by the Swedish Institute and the foreign ministry.

Thanks to a nomination from the Swedish embassy in Nicosia, I was fortunate enough to represent the Cyprus-based Centre for Sustainable Peace and Democratic Development (SeeD) as their gender specialist. This, quite frankly, is a gender practitioner’s Holy Grail. With a line-up of high-level professionals in their field, the message was clear: gender equality does not, simply put, refer just to women. It is, in fact, an issue that affects men and is cause for a global outcry over the current state of humanity and global disarray. While there have been strides with the sustainable development goals, we have a long road ahead in reaching gender parity.

We can no longer wait for gender equality and women’s rights, in particular, to be upheld, the time to make governments accountable and take responsibility towards equitable rights is now, especially in addressing the issue of women’s limited access to the areas of political and economic representation.

The He4She, MeToo and SheDecides campaigns on a global scale identified the degree to which women are valued, taken seriously and respected in society. As one of the keynote speakers Dr. Lina Abniraf, director of the Lebanese Gender Studies Institute affirmed, “the time is now, yalla [let’s get going] forward”.

Where does Cyprus fit into all of this? Back on the island, SeeD’s Security Dialogue Initiative has provided a platform for the discussion of how gender matters affect the Cyprus problem and inclusive security. The research pointed to the ways in which women from both the Greek Cypriot and Turkish Cypriot communities identified with security and the peace process. SeeD found that Greek Cypriot women were much more cautious and insecure about finding a solution to the Cyprus problem and leaned on the traditional structure of guarantees as well upholding militarised solutions.

This key finding led SeeD’s research to extend the project in order to dig deeper and use its renowned methodology – Social Cohesion and Reconciliation (Score) index – to develop the Gender Score Cyprus for the first time. The Gender Score method includes upholding international humanitarian development monitoring and evaluation standards for gender mainstreaming. This includes the creation of gender-sensitive indicators and a gender analysis during all phases from project design to policy development.

A total of 1600 participants from both the Turkish Cypriot and Greek Cypriot communities participated in this study while focus groups and interviews were conducted in Karpasia, Morphou, Famagusta, Nicosia (north and south), Limassol and Paphos. Key data findings reaffirmed the overwhelming need and opportunity for positive change, not only for women but also for men. The SeeD Gender Team discovered that in fact women’s insecurities and exclusion from decision-making led to overwhelming scepticism towards the peace process, as well as men’s roles and positions in the peace negotiations.

Toxic masculinity, a buzzword used to describe behaviour that is inherently hyper-masculine and part of a patriarchal world order that dismisses the equal value of women and underlines the traditional and essentialist concepts of femininity and masculinity, played a key role in how both women and men felt dominated and repressed by the cultural constructs of what it means to male in Cypriot society. Toxic masculinity permeates every sector and is at the core of the militarised intervention. Additionally, normalisation of violence and gender-based violence as well deferring all issues – including addressing gender inequality – to the Cyprus problem was a blatant cause for concern and a red flag to how these issues are being adequately addressed.

With the full data analysis ready, participatory policy development with the key stakeholders is underway, but for all the aforementioned issues to be addressed, a sense of solidarity, the need for change and the belief that human rights must be upheld are essential. Gender equality is after all a human right under the United Nations Universal Declaration. And let’s not forget that the Republic of Cyprus ratified the Istanbul Convention and is responsible for ensuring that the signing of the convention and the Beijing Platform are upheld.

Does the development of a gender equality policy across all sectors and institutions have to wait until there is a miraculous solution to the Cyprus problem? When you leave 50 per cent of the population out of high levels of decision making and in politics, when feminism becomes a dirty word and when the president blames a woman for a plane being hijacked – as he did in March 2016 – then failure and stagnation, trauma and suffering and the ridicule of women continues.

I believe that Cypriots have accepted mediocrity for too long, that in fact we can do better and must demand better. Cyprus is an island of opportunity and should show the world that change is possible, that gender policies can be implemented rather than being mere documents that sit idle on a shelf gathering dust. It is time for the average citizen to raise the bar, expect more, not less, take responsibility and come together as change makers in their own right. We are all accountable and complicit in the situation that we are in.

The time is now: fuel, fire, forward for gender equality, and – dare I mention it? – a feminism foreign policy.

Obligation for payment of water bills