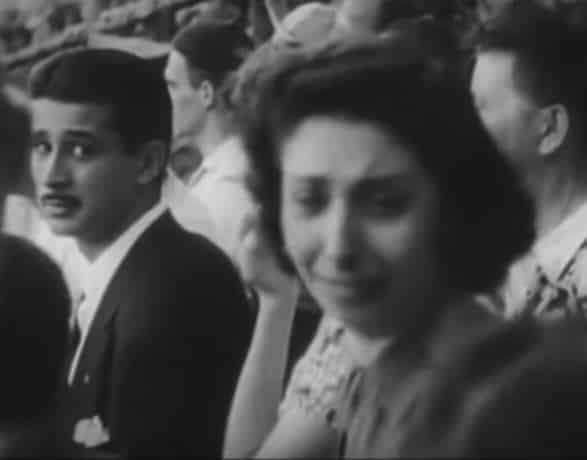 The first World Cup to be held after World War II was hosted by Brazil in 1950, with much of Europe still recovering from hostilities around the continent.

Enthusiasm for the game in Brazil, already huge before the war, was by now fanatical.

At their 1946 congress, FIFA announced that, from 1950, the World Cup trophy would in the future be known as the Jules Rimet Cup, although it was subsequently referred to as the Jules Rimet Trophy. This was to mark Rimet’s 25th anniversary as FIFA president.

The 1950 World Cup had a strange schedule and is the only one not to stage a final, replacing knockout rounds with two group phases. The last match of the second group phase is sometimes referred to as the final, as the group standings meant the winners would be the overall champions.

The tournament also finally saw the entrance of England, who were considered one of the favourites for the title. The Three Lions failed to justify their pre-tournament billing however and were beaten 1-0 by the USA in a huge upset, and also losing to Spain.

The tournament also saw the return of 1930 champions Uruguay, who had boycotted the previous two World Cups.

Italy, who had won the previous two editions of the tournament in 1934 and 1938, did take part despite the Superga air disaster of 1949 in which the entire Torino team, including eight members of the current national side, were killed.

The tournament was decided by a four-team final group, as opposed to the knockout format we know today, with Brazil facing Uruguay at the newly-built Maracana for the right to be called world champions.

Brazil had hammered their first two final opponents, Sweden and Spain, by a combined 13-2 score, meaning only a draw against Uruguay was required

After a goalless first half, Brazil took the lead after 47 minutes through Friaca, but Juan Alberto Schiaffino equalised for Uruguay 19 minutes later.

And with only 11 minutes remaining, Alcides Ghiggia scored the winner for Uruguay in front of a world record crowd of around 200,000 people who were inside the Maracana that day – a record for any sporting event held at an enclosed stadium in history.

At the final whistle, people said the stadium was filled with “disturbing and traumatic absolute silence”, except for the euphoria and celebration of the Uruguayan players and delegation.

In Brazil, some distraught fans even reportedly committed suicide

Some of the shockwaves from the surprise result still reverberate to this day.

The term ‘Maracanazo’ (roughly translated as ‘the Maracana blow’) remains used in Latin American football to this day in describing a huge upset.

And the iconic yellow shirt that Brazil is now famous for? That came about as part of a redesign after the ‘cursed’ white shirts worn in the final were discarded forever.