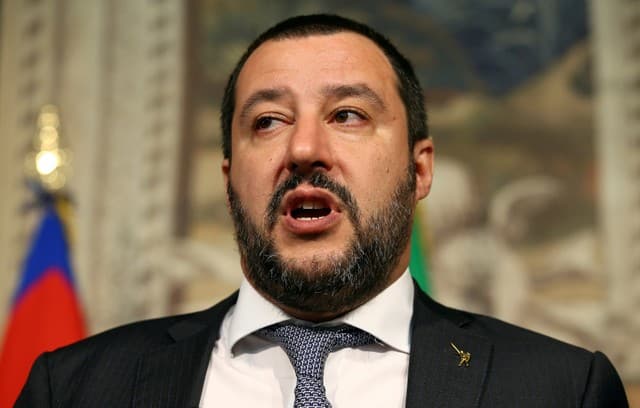 The leader of Italy‘s anti-establishment 5-Star Movement on Monday called for early elections in June, saying efforts to form a coalition government after last month’s inconclusive vote had failed.

“At this point for me there is no other solution. We have to go back to the polls as soon as possible,” Luigi Di Maio said on Facebook, blaming centre-left and centre-right parties for refusing to negotiate with 5-Star.

Italian politics have been in limbo since an inconclusive vote on March 4, which saw a centre-right alliance led by the anti-immigrant League win the most seats and the 5-Star emerge as the biggest single party.

Di Maio appealed to League leader Matteo Salvini to join his call for a snap election in June. “Let’s ask together to go and vote,” he said.

President Sergio Mattarella, tasked with resolving the political impasse, has made clear he does not want an immediate return to the polls and a ballot in June would probably be impossible to organise at this late stage.

If there was political consensus for a new vote, the most likely date would be sometime in the autumn, but before then, Mattarella would almost certainly seek backing for a unity government to try to work on electoral reform.

Both Di Maio and the League have, up until now, rejected the idea of any broad-based, non-political government taking office.

Di Maio has said previously he would like to strike a coalition accord with the League, but insists that to do so, Salvini has to abandon his electoral ally Forza Italia, which is led by former prime minister Silvio Berlusconi.

Salvini has refused to do this and he was bolstered on Monday when his centre-right alliance, led by a League politician, won a resounding victory in a local ballot in the north-eastern region of Friuli Venezia Giulia.

The vote, which saw 5-Star lose ground, suggested that Salvini has gained political clout over the past two months at the expense of his opponents.

With the door to a League deal apparently closed, Di Maio last week reached out to the PD, but that initiative also looked doomed after centre-left bigwig Matteo Renzi urged his party on Sunday to shun any tie up with 5-Star.

“The Democratic Party lost, I resigned, seven out of 10 Italians voted for Salvini or Di Maio. It’s up to them to govern,” he told RAI television.

“We can not sneak back in by the window after the Italian people have shown us the door,” Renzi added.

Although he relinquished the reins of power within the PD after last month’s stinging election defeat, Renzi still carries much sway within the party.

Di Maio said Renzi’s comments showed it was impossible to deal with the PD. “Given that parties are afraid of change, let’s allow the people to decide between revolution and restoration,” Di Maio said.

EU membership failed to become the catalyst for a solution